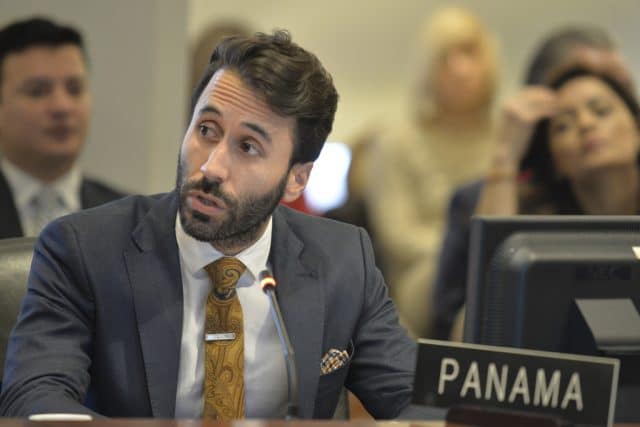 Iván Chanis Barahona is a gay Panamanian lawyer who is working towards getting gay marriage legalized in the country.

He is representing a couple that was legally married in the U.K. and is working to get their marriage recognized in Panama. Chanis is also working a second case that is challenging the country on the laws that keep same-sex couples from marrying.

Chanis believes they have a strong case and that if they rule on law alone, they should win.

This is due to the Inter-American Court of Human Rights that ruled in favor of Karen Atala, a lesbian who lost her kids to her ex-husband due to her sexuality.

The Mexican Supreme Court cited the Atala case in a 2013 ruling that found a Oaxacan law against same-sex marriage unconstitutional.

The Movement for Homosexual Integration and Liberation, a Chilean LGBT advocacy group, filed on behalf of three same-sex couples in 2012 for the right to marry. The president of Chile has also introduced a same-sex marriage and adoption bill.

With these as precedents, Chanis says the case should go in their favor.

Along with this, the fight for marriage equality in Panama has opened up the conversation to other issues of discrimination, including Transgender violence, HIV/AIDS, and Panamanians of African decent.

This has lead to same-sex marriage being an issue that is becoming apart of the 2019 elections.

Chanis, says the country is ready. People are opening talking about these issues when they didn’t in the past. He feels the country may finally take a step in the right direction.