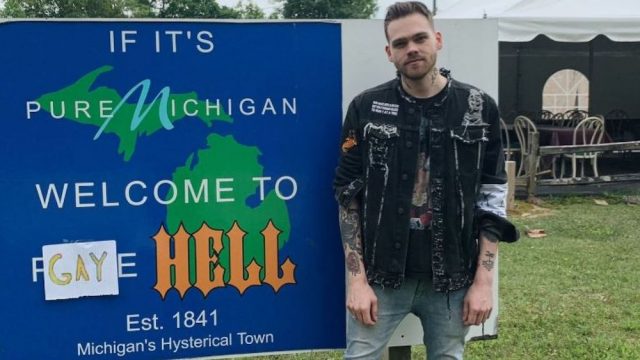 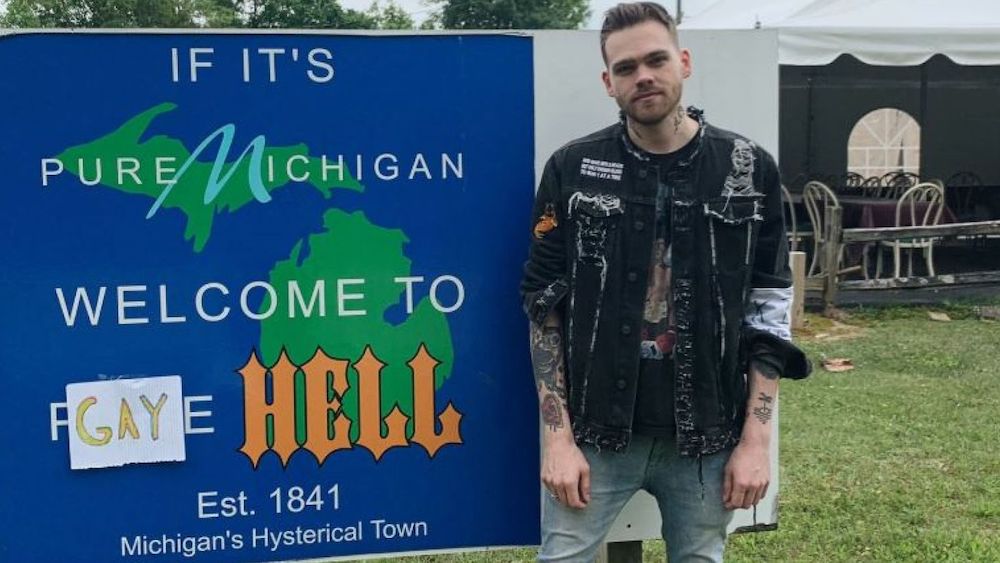 Gay YouTuber Elijah Daniel has claimed to have purchased the entire town of Hell, Michigan (population 15) and immediately issued a decree that only Pride flags can be flown there.

Because Daniel is a comedian and music producer, it’s unclear whether he actually purchased the town or is merely joking about it. But regardless, he decided to fly only Pride flags for a serious reason: to protest Trump’s recent banning of rainbow flags at U.S. embassies during Pride month.

Daniel reportedly renamed the town “Gay Hell” (as in “What in gay hell is wrong with that drunk twink?”) and told Sky News, “[I was] trying to find the easiest political office to hold. I contacted like 50 towns and all of them were like ‘No, you’re not allowed to be our mayor.’ And then I hit up Hell and they were like, ‘Absolutely.’”

Here’s his tweet announcing his new “ownership” of Hell:

This isn’t the first time Daniel has found himself in Hell. In 2017, he paid $100 to literally become the Mayor of Hell for a day: He got a coffee mug, a badge, a set of devil horns to wear and even phone calls to make important decisions.

Immediately after becoming mayor in 2017, Daniel tweeted, “I would like to be the first U.S. mayor to go on record and say that ‘eating *ss is dope.’” Then, he banned all straight people from entering Hell as a way to mock Trump’s hardline anti-immigration policies.

In his official proclamation banning all straight people, Daniel wrote, “The straights coming into our town, procreating, having more straight children to take our rightfully gay jobs…. I currently feel as if it would just be safer to ban all heterosexuality until we can assess the situation further and build a strategy to resolve our problem.”

He declared that heterosexuals caught living in Hell would have to pay an $84,000 “reproductive precautionary deposit” which would be returned after one year of abstaining from heterosexual activities. Any straight people who refused to go through mandator “ex-heterosexual therapy” sessions would have to “wear a scarlet H and meet in the town center at 5:30am wearing cargo shorts every morning to be publicly straight-shamed.”