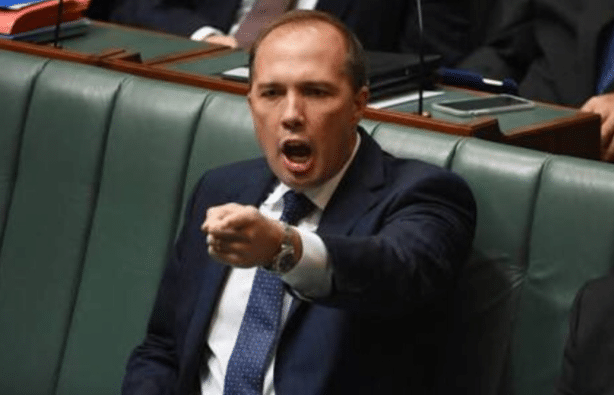 A German national was forced against his will to get on a flight to Japan after he was refused entry into Australia by border force agents.

He was eventually deported after he was allegedly accused of coming to the country to engage in sex work.

Michael* had been living in Australia for more than two years when he took a week-long trip to Japan after his tourist visa expired. He flew back into the country Sunday morning with the hope of applying for a partner visa with his boyfriend, Andrew*.
However, before he going through immigration Michael was stopped by Australian Border Force (ABF) agents.

Andrew alleged that his boyfriend was profiled by the agents because he ‘looks a bit gay’ and after being profiled was asked to open his suitcase for his agents.

It was in his suitcase that they found PrEP tablets (the HIV preventative medication: Pre-Exposure Prophylaxis) and some sex toys. It is not illegal to bring PrEP or sex toys into Australia for personal use.

Australian Border Force have detained a gay man for travelling with PREP and are claiming he’s a sex worker. They refuse to tell him the location they’ve taken him to, and are refusing to allow myself or his partner to speak to him even after we submitted the paperwork.

Andrew has had limited communication with Michael who was detained after his luggage was searched, but was very upset for his boyfriend who he wanted to return to Australia to make their relationship official. By applying for a partnership visa, the two men would be able to live together without issue in Australia.

‘They had no reason to inspect his luggage, we haven’t been given a lot of information,’ he told Gay Star News.

‘They controlled his communication and they let him phone only with a device they gave him and a number that they dialled.

‘They strong armed him into giving his phone.’

Upon his detainment ABF guards went through Michael’s phone when they reportedly found some text messages on it that they allegedly believed prove he was planning on engaging in paid sex work while in Australia.

Michael was planning on living in Sydney, in the state of New South Wales (NSW). Sex work has been decriminalized since 1995 in NSW. While sex work is not illegal in NSW, engaging in paid work may have violated the visa he was entering the country on.

Andrew was clear that he had spoken to Michael only briefly, but was sure he had got most of the information from him about what happened. He also claimed Michael was not told he could have access to a lawyer.

Michael says Andrew was given a short opportunity to speak to a lawyer yesterday afternoon, but it is not believed to have been enough time to get sufficient advice about a substantive visa.
He was then advised by another lawyer, Sarah Smith, ‘to apply for a substantive visa to allow us three days to take it to an appeal tribunal. He was not allowed to make the application by Border Force staff.

‘We applied for Sarah Smith to be accorded an exempt persons status via the 956 form so she could provide immigration advice. Michael confirmed that he received and signed the form.

‘After the application was submitted, and signed by Michael, Border Force cut all contact between Michael and us, and the next we heard was from Michael at the airport.

‘They continued to refuse to disclose his location to myself, Sarah, or Michael, or even facilitate contact.’

ABF eventually put Michael back on a flight to Japan from the northern city, Cairns.

A spokesperson for the Department of Immigration and Border Protection told Gay Star News, it ‘cannot comment on details of individual cases’ and that it denies profiling people based on sexuality.

‘[ABF] strongly refutes any claims of discrimination in this matter,’ the spokesperson said.

‘People who have previously breached their visa conditions, especially the ‘no work’ right condition, may have their visas cancelled upon arrival in Australia and may face removal. Those who arrive in Australia without the appropriate visa may be turned-around at the airport and returned home.

‘Clients in an immigration detention facility are able to have contact with their legal advisor in line with departmental policy and procedures.’

*Not their real names