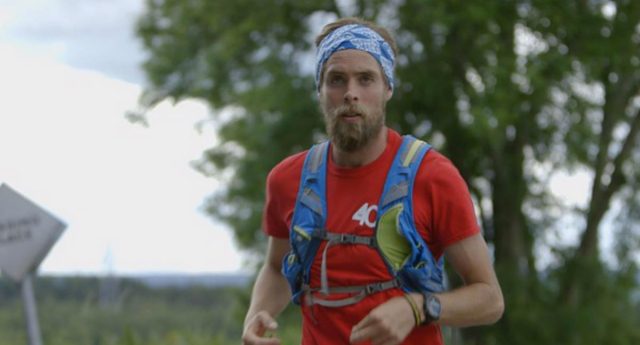 Ben Smith will have run 10,500 miles – the equivalent distance between London and Sydney.

A 34 year old equality campaigner will finally head home next to finish his 401st marathon in 401 days. Ben Smith says he has made the epic journey in a bid to raise awareness for young people who are bullied and targeted specifically for being LGBT.

He came up with the idea after years of homophobic abuse at school, which resulted in two suicide attempts.

The campaigner also suffered a mini-stroke at 29, which he partly blames on his treatment at school.

During recovery, he was encouraged to join a running club by a friend and found that it helped improve both physical and mental health.

Since coming out as gay, he decided to focus his efforts into raising awareness of the damaging effects bullying can have on young people.

“The work against bullying and saving people from suffering long term problems because of being bullied is important and I firmly believe we have made a positive impact on so many people’s lives,” he said.

The money raised from his efforts will be donated to charities Stonewall and Kidscape.

Over 8,000 people have joined him on his marathons so far – and Smith wants you to join him on his last stretch, by signing up to #401Marathons. “People from all over the world will be joining #Marathon401 virtual challenge during the first week of October,” he explained.

“A key objective of The 401 Challenge has been to involve as many people as possible and create opportunities for children, young people and adults to discuss the difficult topics of bullying and sexuality.”

“I am proud of the amount of money we have raised so far for Kidscape and Stonewall and am fully confident we will raise the £250,000 we set out to achieve at the beginning of the challenge.”

You can help Smith reach his goal by running either a marathon, a half marathon or 10K with him anytime between Sunday October 2 and Sunday October 9  – and even earn yourself a #Marathon401 medal.