Home Gay Life Gay man sets himself on fire after finding his boyfriend with a... 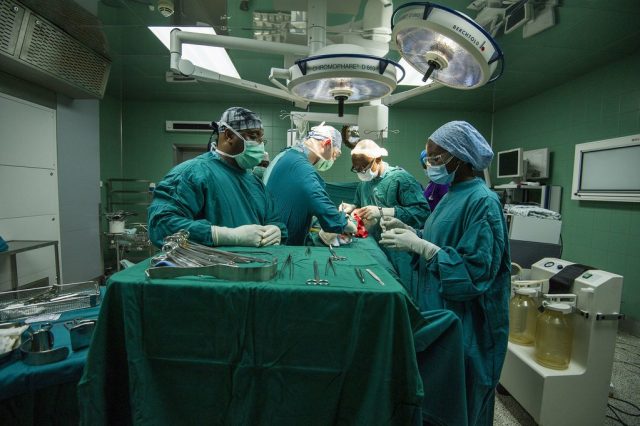 He tells us his story from hospital

A gay 40-year-old in Namibia set himself alight during a row after finding his boyfriend with a woman.

I found Kasera sitting in hospital with bandages covering his head, arms and part of his face.

He told me: ‘I have been in hospital since the 14 April.

‘On that particular day I had been waiting for my boyfriend to come home as he had not returned home for days.

‘As the days passed, he still did not contact me nor had he returned home.

‘So I decided to go over to his mom’s place to see if everything is ok as I could also not reach him on his phone.’

Why Kasera set himself on fire

Dandu’s family has been against their relationship.

When Kasera arrived at Dandu’s mother’s home, he asked if his partner was there.

But Dandu’s mother told him: ‘He wants nothing to do with you. He is with his girlfriend in his room.

‘I had told you for years to leave my child alone as you taught him this moffie things.’

Moffie is a South African word for ‘effeminate’ or a gay man.

In response, Kasera says he barged past her to get to the bedroom and see for himself.

He discovered Dandu was with a woman. Dandu jumped up and shouted to Kasera to leave.

Kasera says: ‘In that moment I rushed out and went to the closest filling station and bought petrol and matches.

‘I rushed back to Dandu’s room and we had a quarrel. I asked him why he was cheating on me? He stood there and looked at me arrogantly.

‘That’s where I decided to pour the petrol on me and lit the match and here I am. That’s how I ended up in hospital.’ 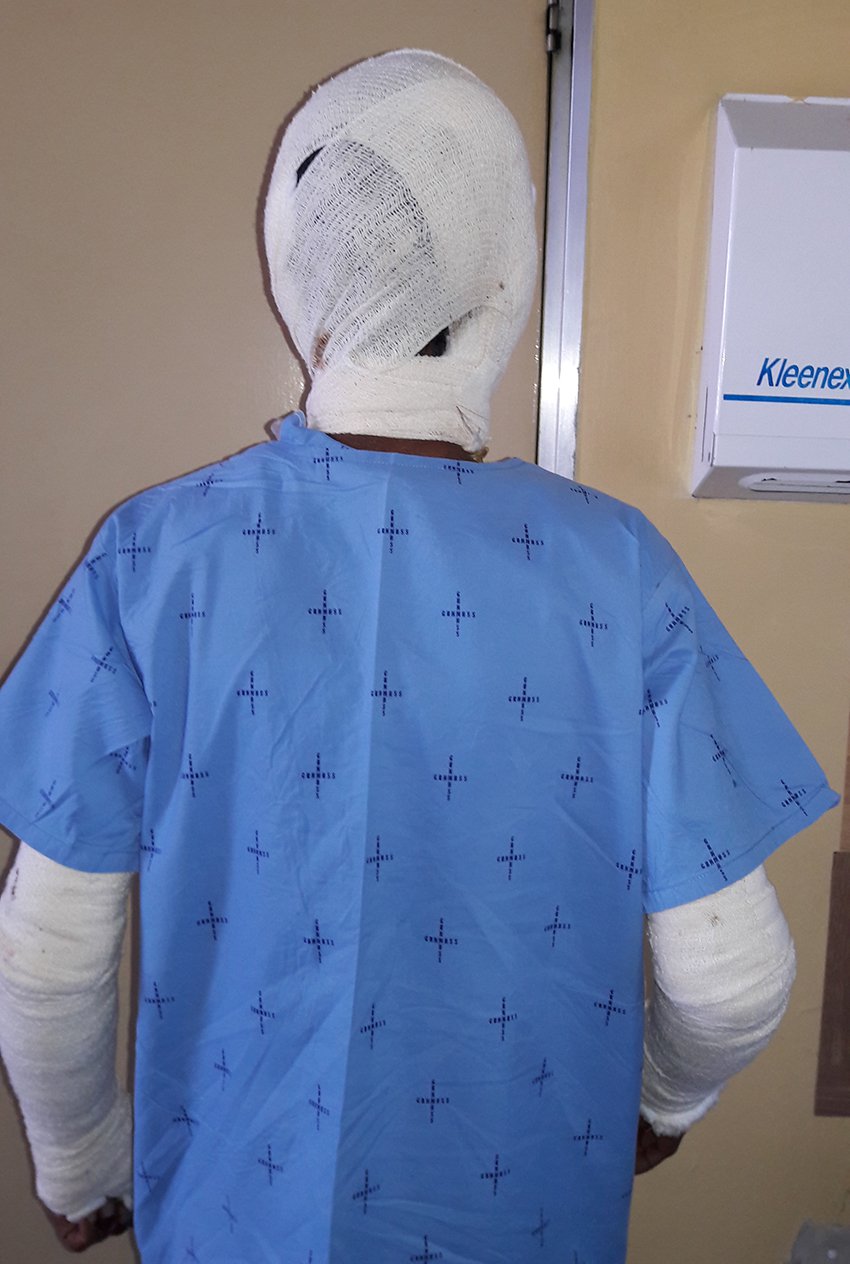 He spent a week in the hospital’s intensive care unit but says he is now feeling much better.

He added: ‘Over the years Dandu has been such a loving partner though he would control my movements, money and my association with other people.

‘However recently he has been strange and more possessive and controlling.’

Speaking with tears in his eyes, Kasera said: ‘I need to say that I have no regrets of what I did as I love Dandu very much.

‘But I know I will never give my all to a man again. And I will also not go through any form of abuse from another man.

‘He (Dandu) has not even come to see me after dropping me off at the hospital. I have been feeling lonely for a long time, I have no one to confide in nor do I have anyone who support me.

‘I have been relying on myself as my family choses when to associate themselves with me. Being in this hospital and not have anyone who visits breaks my heart.’

Kasera has asked the doctors at Katutura State Hospital to see a psychologist to help him through his emotions.

Kasera is described as being from the Damara region of Namibia.

The Damara people make up 8.5% of the country’s population.

Little is known of their origin and they may be descended from south-west African hunter gatherers.

Namibia criminalizes male homosexuality but the law is not regularly enforced. Kasera and Dandu’s names have been changed to protect their identity.

Linda RM Baumann is a feminist and human rights activist.