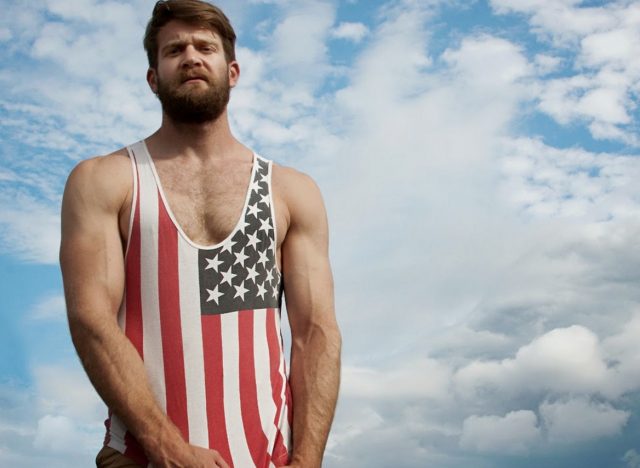 As transcribed by Gay Star News:

It took place with Keller on one side of his locked bedroom door and his parents on the other.

‘It was a real revelation,’ Keller says.

‘My father … he was really supportive. He was crying. He was doing everything he could in the language that he possessed to try and comfort me and make it okay for me.’

His mother, however, had a far different reaction.

‘This great, upstanding Christian woman, she’s angry. She’s trying to read the Bible which I’m like, “No, we’re not going to do this.” ‘

‘She tells me, “I wish I had a gun so I could kill you and then blow my own brains out all over this sofa.’

It changed their relationship forever.

‘I love my mother and she really is a beautiful human being,’ Keller insists.

‘But I stopped calling her “mother” after that. To this day I really don’t call her mother because of that incident.’

A stunned Tortorella struggles to speak and finally manages to say: ‘Whew! This is the part where we cry.’

Listen to the full episode of The Love Bomb podcast here.

Have you had a similar coming out experience?