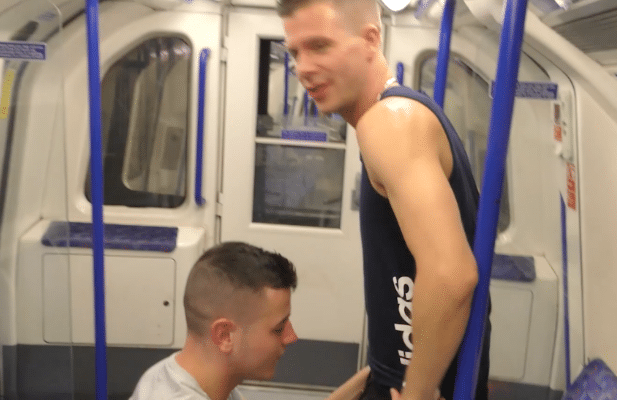 ‘He’s such a sex addict, I don’t know for how long he’ll be able to stay out of trouble’

Nicholas Mullan, his 24-year-old boyfriend, was also found guilty of the same charge.

Police were not able to identify the cameraman, the third man in the video. 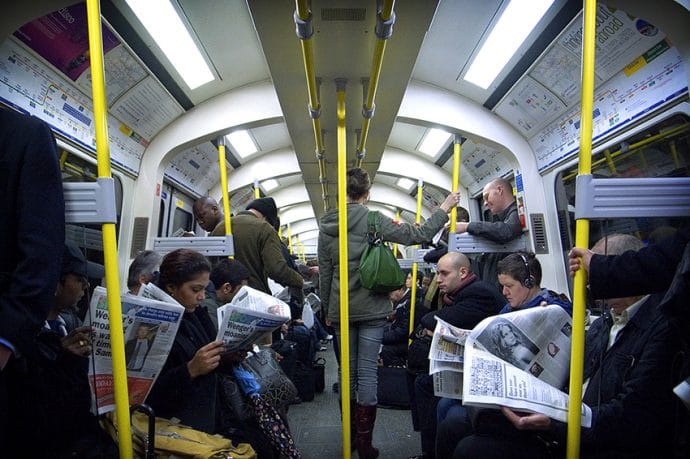 A HungYoungBrit spokesperson said it is likely Mason and Mullan will receive fines.

‘[George] is going to stay on the right side of the law for a while and film indoors—or outdoors, but in secluded, private areas.’

The spokesperson added: ‘George was pretty scared and freaked out at first, but he’s feeling better now that he knows the outcome.

‘But he’s such a sex addict, I don’t know for how long he’ll be able to stay out of trouble.’

Prosecutor Victoria Murphy said: ‘This is a case of outraging public decency on a London Underground train.

‘On the 19th of February 2018, British Transport Police were contacted to a report of a video which had been posted online showing three men engaged in explicit sexual acts on a train.

‘It appears to take place on the Northern Line between Leicester Square and London Waterloo.’

The prosecutor said the man who reported the incident was gay.

Murphy said: ‘[He thought] the video overstepped the mark and was morally unacceptable’.

The two men will also appear at Westminster Magistrates Court for sentencing on 1 February.

Gay Star News has reached out to Mason, Mullan and HungYoungBrit for further comment.