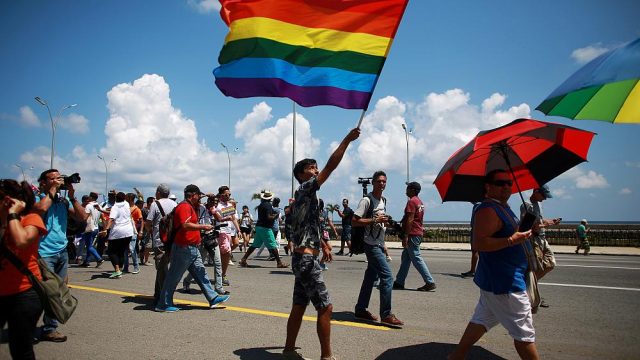 Several gay rights activists have been arrested after clashing with police at an unauthorised pride march in the Cuban capital of Havana.

After travelling down Paseo del Prado, one of the city’s main boulevards, the marchers were stopped by police and other security forces.

The demonstration was the second organised by non-government organisations in Cuba in just over a month.

It was arranged after Cuba’s National Centre for Sex Education abruptly cancelled the 12th annual Conga Against Homophobia and Transphobia march — Cuba’s equivalent of gay pride.

“This isn’t political, that’s not the intention. The reason for being here again with Fidel (Castro) and the Revolution and with everyone else, even though they have turned their backs on us this year, is to show that – yes, we can do it.”

A second independent demonstration in just over a month is seen as highly unusual in a country where the events are organised by groups which are effectively part of the state.