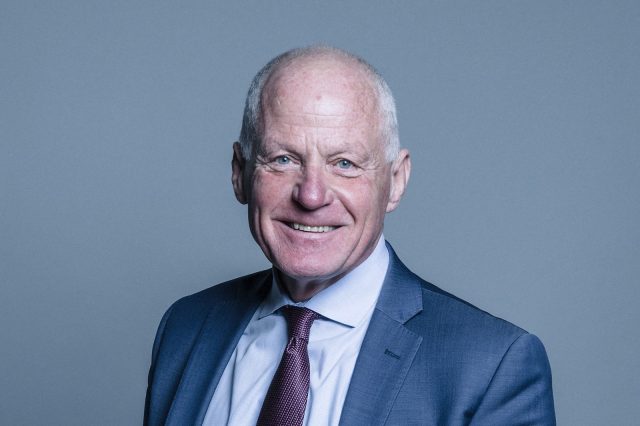 Stonewall co-founder Michael Cashman has announced his resignation from the Labour Party, after endorsing the Liberal Democrats ahead of the European elections.

Lord Cashman, who sits as a Labour peer in the House of Lords, called on voters to back the Lib Dems ahead of the EU elections on Thursday (May 23) in order to stop Brexit.

In late-night Twitter messages on Tuesday (May 21), the peer wrote: “I can’t trust Corbyn or the people around him on the defining issue in postwar Britain so on Thursday I will not be voting for the Labour Party.

“As [former Conservative] Matthew Paris said, I am not a Liberal Democrat, but I support their absolute consistency. Voting Libdem in the EU elections.”

He added: “I think I’ve just resigned from the Labour party by declaring that I will support the Liberal Democrats in the European elections.

“Heart broken. But sometimes the issues are far too important to shirk or ignore. The Labour Party will do what it must. But it will not do it with me.”

The peer, who previously sat on the Labour Party’s executive committee, added that he “knows the repercussions” for his actions under party rules, which ban members from supporting rival parties.

A Labour Party spokesperson said it would not comment on individual membership cases.

Labour MP Wes Streeting tweeted: “As well as haemorrhaging members and voters, I’m so sorry that Labour’s abysmal and unprincipled position has led to losing one of our party’s heroes.

“Michael is a great man – truly one of our country’s great pioneers for equality. His critics aren’t fit to tie his shoelaces.”

He added: “If we’re losing someone like Michael, we’ve got to take a long hard look at ourselves. On a personal level, the rights I enjoy are ones that he has led the fight for.

“He is a pioneer of the LGBT movement. He will always be a hero to me and someone I’m proud to call a friend.”

Before turning to politics, Lord Cashman was an actor best known for appearing on EastEnders as Colin Russell, making TV history with the first-ever gay kiss in a British soap in 1987.

The actor became a prominent campaigner against anti-gay law Section 28, and in 1989 he co-founded the gay rights group Stonewall, alongside Lisa Power and Sir Ian McKellen.

Dedicating himself to the fight for equality through Stonewall and the Labour Party, Cashman was influential in shaping government policy on LGBT+ issues during the premiership of Tony Blair.

British Labour Party Member of European Parliament Michael Cashman speaks as Chair of the National Executive Committee, on the first day of the annual Labour Party Conference in Manchester, on September 30, 2012. (PAUL ELLIS/AFP/Getty)

Ahead of the 2015 election, then-Labour leader Ed Miliband elevated Cashman to the House of Lords and pledged to make him the UK’s first-ever special envoy on LGBT issues.

Cashman has had a less close relationship with current Labour leader Jeremy Corbyn, quitting his envoy role in 2016 after disagreements with Corbyn.

The peer was ousted from the party’s conference arrangements committee in 2017 after opposition from the pro-Corbyn Momentum group.