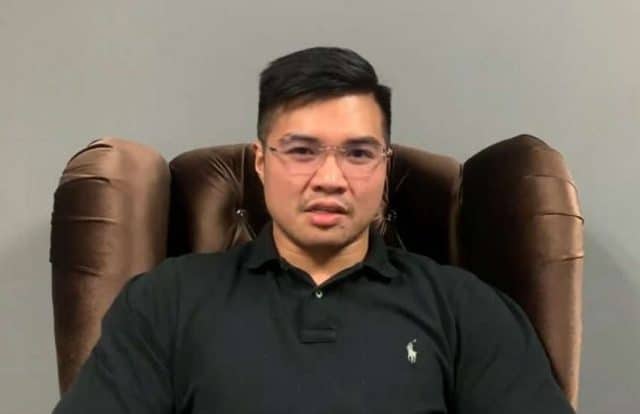 A Malaysian cabinet minister is in political turmoil after videos and images purporting to show him having sex with another man were shared online.

Gay sex is illegal under colonial-era laws in Malaysia. Those found guilty face up to 20 years in prison.

The country’s religious and political leaders have increasingly been whipping up hatred against the LGBTI population.

In the early hours of Wednesday (12 June), a ministerial aide confessed to appearing in the viral video.

Senior private secretary to the deputy minister of primary industries and commodities, Muhammad Haziq Abdul Aziz, said on Facebook he was ‘making a sworn confession that I am the individual in the video’.

‘The video was taken without my permission on May 11 during the Sandakan by-election in [the minister’s] room at Hotel Four Points’ he said.

Then, Haziq Aziz urged Malaysia’s anti-corruption commission to investigate the cabinet minister widely suspected to be in the video.

‘He is not an individual who is qualified to be a leader’ the aide said.

He did not, however, explicitly confirm that the cabinet minister appeared in the video.

Leading opposition party member Lokman Noor Adam on Tuesday (11 June) lodged a police report against the minister over the images,

‘I want the police to investigate the authenticity of the videos, who has been spreading the videos and also the ‘actors’ involved,’ Lokman Noor Adam said.

He also urged the corruption commission to investigate the minister.

‘I do not know anything. I have just heard, I would have to read up on it’ he said at a press conference.

Mahathir, who came to power in March 2018, has said Malaysia ‘can not accept LGBT rights’.

Malaysian LGBTI activist Numan Afifi, who has viewed the video,  told Gay Star News he was ‘livid’ about the situation.

He said politicians were playing a ’sick game’ with the scandal.

‘There are real lives of young men, women, and others out there that have been deprived from basic livelihood and equal dignity simply because of their gender identity and sexuality’ Afifi explained.

‘Then there are these politicians who trivializes our collective stories into a drama of corruption.’

He said it was insulting to see gay sex scandals associated with corruption, ‘as if you are a corrupted politician, then you must be “sexually deviant” somehow’.

He said real lives were at stake.

This includes the murder of two trans women the western city of Klang. In December, a video began circulating online, apparently showing a group of men attacking an apparent same-sex couple.

The Malaysian authorities have also clamped down on the LGBTI community.

In one of the most controversial instances, in September . Numerous human rights groups condemned the caning.

Police also for the first time in its 30-year history.

In July last year, from his role as press officer for the Youth and Sports Minister due to the threats and abuse he received because of his sexuality.