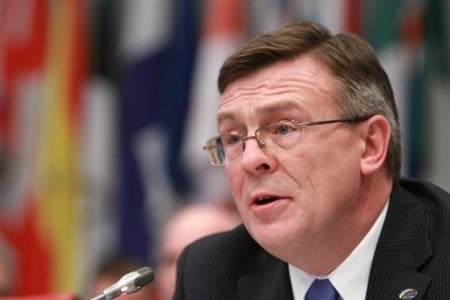 
During an interview with the Polish newspaper Gazeta Wyborcza, Kozhara stated yesterday (7 February): ‘The issue of homosexuals is now generating strong controversy in Ukraine, but our government has already prepared a draft law and will soon submit it to the parliament…

‘Without a law that prohibits discrimination against gays, we cannot move on the road to abolition of visas. I think that the will to further integration with the European Union outweighs the resistance, and the law will be passed’.

Found a spelling error? Let us know – highlight it and press Ctrl + Enter.