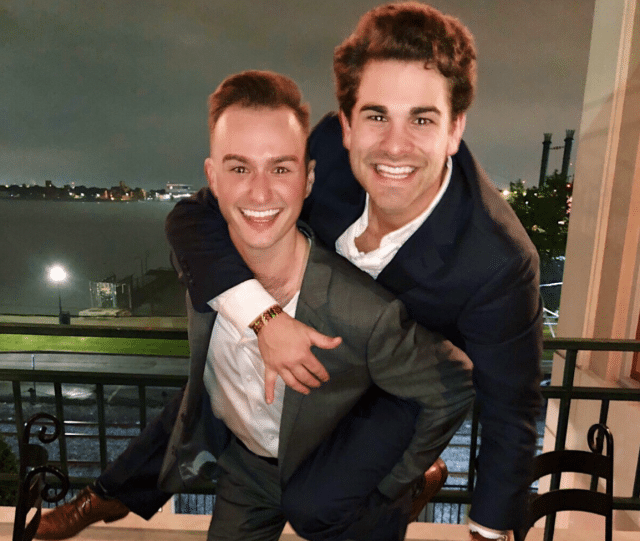 Talk about a gay-straight alliance! Bryce Richard, a gay nursing student in New Orleans, said his straight best friend, Trent Miller, offered to be Richard’s date to his school’s spring formal. And now gays the world over are posting photos of their own Trents.

I told my best friend I didn’t have a date to my nursing school formal…
Him: Why didn’t u ask me?
Me: Well Trent, because ur straight
Him: Bryce we’ve been buddies for years &it kinda hurts my feelings u think I still care what people say

In my opinion, everyone needs a Trent! pic.twitter.com/dJP4OVIJYV

Richard revealed the heart-warming story via Twitter on April 7, writing that Miller was confused when Richard told him he didn’t have a date to the gala. “Why didn’t [you] ask me?” Miller said, according to Richard. “We’ve been buddies for years [and] it kinda hurts my feelings [you] still think I care what people say.”

His tweet — which also showed photos of the handsome duo on the big night — has been retweeted more than 22,000 times and “liked” more than 217,000 times. Plus, other users were eager to show off their own Trents.

My Trent is an Erick. I have him at my worst and best as I am to his. Love you, ‘Bro’! ❤️ 7 years and more!!! pic.twitter.com/WKxDjRGlId

My (straight) roommate of 2 years and one of my best friends for the past 6 years, Charlie, literally held me in my lap while I cried uncontrollably. One of the best examples of what it means to be an ally and comfortable with their sexuality and masculinity in a non toxic way pic.twitter.com/BDzKtAaPya

here is my Trent, but his name is Alex. Love you man ? pic.twitter.com/B0k3rTk3r8

Richard, for his part, is amazed by the tweets his story inspired. “OK, seeing the responses of people who have someone in their life like my friend is honestly so reassuring,” he wrote in a follow-up tweet on April 7. “Like yes, men are trash. We get that. But there really are some gems out there [with] amazing hearts, who actually treat people as people (a concept you’d think everyone grasps).”

He continued: “It’s just nice seeing other’s support systems regardless of what society labels them as, or how they personally identify themselves. There’s so much hate surrounding us in the world, but seeing some love shine through gives me hope for both the near [and] distant future.”