Home Gay Life Gay teacher at Catholic school in Chicago is outed by students then... 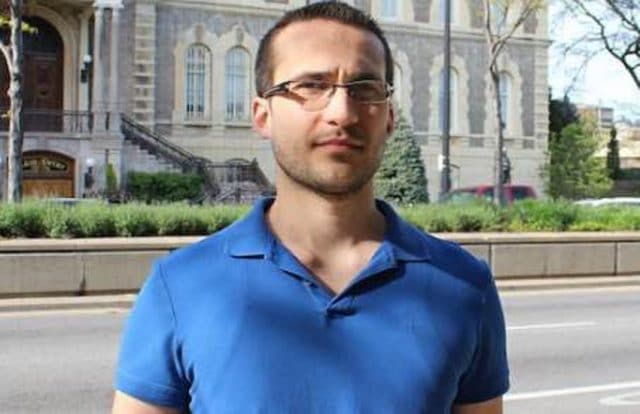 Religious Studies teacher Matt Tedeschi is out of a job and he says it’s because he’s gay.

Tedeschi had been teaching at St. Ignatius College Prep in Chicago for nearly four years and was up for tenure next fall.

Tedeschi says the trouble began in early 2016 when a student found his OK Cupid dating profile online and told other students at the school that he is gay.

The incident and subsequent online bullying and threats was brought to the attention of the school principal.

Tedeschi asked that the student be disciplined but merely received a slap on the wrist. The bullying continued this fall.

‘They were just watching it play out,’ Tedeschi tells DNAInfo.com.

‘I was having anxiety attacks before I went to class. It just completely undermined my authority as a teacher and made me feel small. … This unnecessarily pitted me against my students, which never should have been the case.’

This spring Tedeschi was td his contract was not being renewed even though he had received positive reviews each year and had no disciplinary incidents on his record.

He said administrators pointed to an unrelated classroom incident involving another student.

School officials will not say why they fired the teacher but Tedeschi believes it is because homosexuality is against the teachings of the church and the school doesn’t want a teacher to be openly gay.

The teacher believes the school essentially has a ‘don’t ask, don’t tell’ policy because they are worried about negative fallout.

‘I never would have taken this job if I thought this could happen to me,’ he says.

School spokesman Ryan Bergin had this to say in a statement:

‘Saint Ignatius College Prep must respect the confidentiality of the term of employment of its present and former faculty and staff members. Although I cannot comment on Mr. Tedeschi’s claims regarding his prior employment at Saint Ignatius College Prep, I can assure you that he was treated fairly at all times by the administration of the school, and we wish him all the best in his future career.’