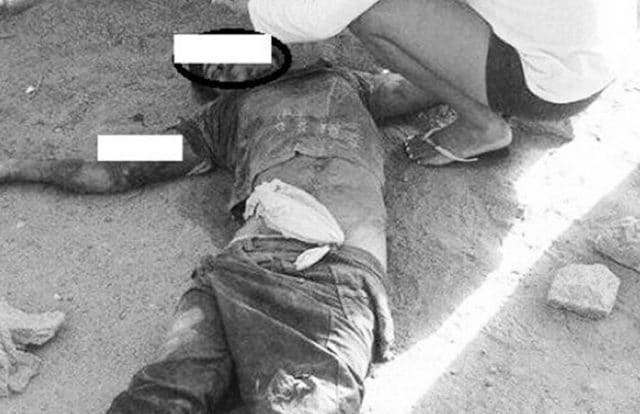 A gay teen was shot and killed in Brazil on Monday night (27 March).

Jonas Correia dos Santos was killed in the village of Chá do Pai Gonçalo, in the eastern Brazilian state of Alagoas.
He was just 18 years old.

According to Brazilian media, he is the third gay man to be killed in the state in 2017.

So far, authorities have not named a suspect in the crime.
They have also not said whether it is being treated as a hate crime.

After Jonas was found, military police secured the crime scene until civil police, the Forensic Institute and the Institute of Criminology, arrived.

Earlier this year, research by the Gay Group of Bahia (GBB) revealed one LGBTI person is killed every 25 hours in Brazil.
And the violence against the community is steadily growing..
In 2000, the GGB registered 130 murders; by 2010 that number had doubled, and in 2015 they registered 318 cases.

The first 22 days of 2017 saw 23 LGBTI people murdered.
And the real data is likely to paint an even bleaker picture.
Brazil does not keep statistics of homo-, bi- and transphobic hate crimes, so the GGB has to rely on the country’s municipalities and their records.