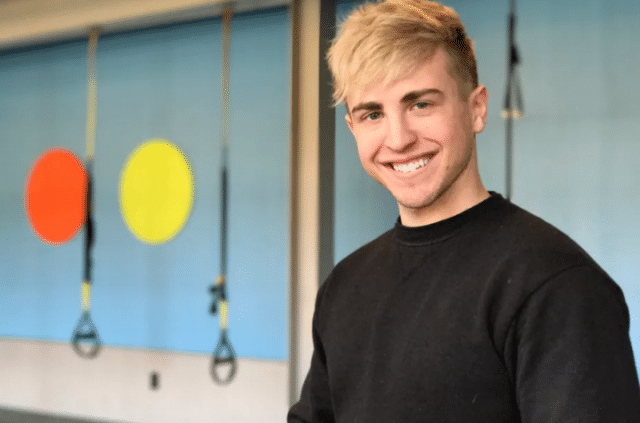 Michael Pavano finds his niche after years of feeling intimidated.

Personal training was always something that intrigued me, but intimidated the crap out of me.

I felt out of place in the gym, a place where testosterone flows and masculinity echoes through the building. I had mostly only been friends with girls growing up and was never particularly athletic, which made it extremely difficult for me to interact with (assumed) straight guys. Despite this, in the summer of 2013 at 19, I discovered a whole new world.

I started off as a front desk associate at a local gym in Union, N.J. I became close with the staff and then had one of the personal trainers train me a couple of times. We began to become friends, and I later realized he was the first straight friend I ever had.

We went to grab lunch one day at a Chipotle, and were chatting about this girl he was interested in. He then asked if there were any girls in my life. I nervously started to babble — “I kind of thought you knew that I was gay so I didn’t bother telling you. I hope this doesn’t affect the friendship because I am not into you like that and would never do anything to make things awkward.”

He laughed and my heart sank. Did I just risk losing the only straight friend I ever had? He then said, “Dude that’s awesome. You actually thought I would care?” I quickly became relieved. This was a huge shock to me because these types of guys always seemed to avoid me when I was younger.

‘I made a little bet with myself that if I was able to go one day without someone asking if I was gay, then there would be some slight chance that it was just a phase that I would grow out of.’

Growing up, I was involved in many school plays, and this seemed to be a way for me to express myself. I found great comfort in pretending to be someone else. Unfortunately, a lot of people viewed the “theater kids” as being too feminine and avoided associating with me because they didn’t want to draw any negative attention to themselves.

I remember I made a little bet with myself that if I was able to go one day without someone asking if I was gay, then there would be some slight chance that it was just a phase that I would grow out of. That day didn’t come. I spent so much time with girls that I found myself taking on a lot of their traits. This was time I enjoyed spending with them, but always felt like I wasn’t being myself.

When senior year approached, I was completely hopeless and confused. I then met a guy through a mutual friend who happened to be gay and then my life changed. 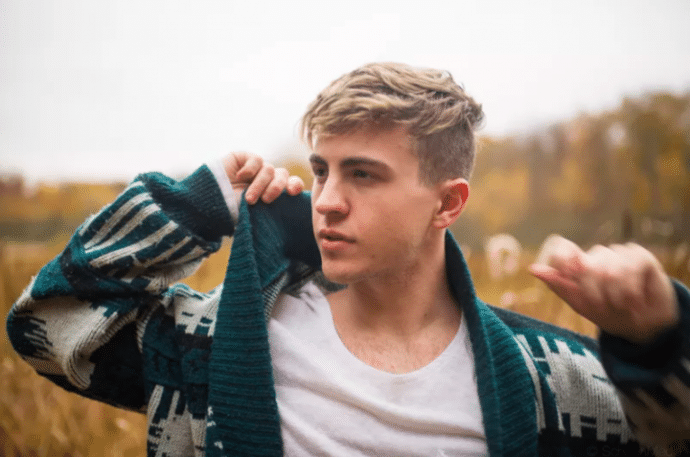 We immediately hit it off and I knew everything felt right. I had finally come to the realization that I liked guys. We made the daring decision to begin a relationship after about a month of talking and make it official on Facebook so we didn’t have to worry about telling our friends in person.

At this point, I did not care what anyone thought about me or my sexuality because I had my boyfriend. It wasn’t until my senior year in high school when I decided to come out. I sat my two best friends down and told them that I was gay and they couldn’t have been more supportive.

I then had them leave so I could break the news to my mother. I was not surprised she handled the situation wonderfully and made me feel incredibly loved and accepted. I felt kind of awkward talking to my father about it so I had her go and tell him for me.

My father then called a family meeting with my mom, little sister and two older brothers to address the situation. He sat us all down and explained how this would not affect our family dynamic and he didn’t want to hear any derogatory words like “fag” “queer” or anything offensive in our household. My brothers also approached me at separate times to tell me how much they accepted and loved me. I could not have been more grateful that my family was accepting. Why had I had such hesitancy to come out?

My relationship ended after about a year and I then felt alone again and did not know what I wanted to do with my life. I decided to get back into acting and modeling. The attention I received made me feel like I wasn’t alone and had people who cared about me. The gay community had shown me great support and it is where I had felt extreme positivity and no judgment.

During the next year, the friendship I had with my trainer had flourished and he showed me a lot of tips and tricks about the fitness industry that I still utilize today. I started to observe other personal trainers’ day-to-day routines and the interactions they had with their clients. I saw how positive and happy people were with their trainers both pre- and post-workout. I began to lift more and see results, which made me feel great.

I later decided that I wanted to pursue personal training. I had told my friends about it and they didn’t really take me too seriously because they didn’t see me going through with it. This was only motivation for me to pursue it even more.

After six months of intense studying, I received my National Academy of Sports Medicine certificate and took my first training job at a local gym where I was required to make my own sales and get my own clients. This was challenging for me because I was nervous enough as it is, but now I actually had to go out and recruit people to let me train them. I was way more hesitant to go up to guys and talk to them due to the fact that I didn’t think any of them would want their trainer to be gay.

About a year later, I land a job at Fitness Factory in New Providence, N.J. I have 35 steady clients and they are diverse as to ethnicity, gender and sexual orientation. I have overcome so much in my life and can finally say that I have no problem being myself and socializing with any group of people I encounter. 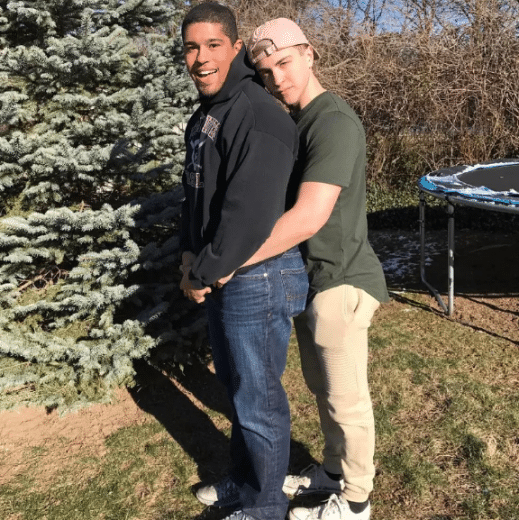 Seven months prior to taking the job at fitness factory, I met Anthony Bowens. He is a professional wrestler who randomly gave me a follow on Instagram. We immediately connected on a level that felt incredibly natural and comfortable. We wound up hanging out one night into the next day because we got so caught up in getting to know each other. We then began to see each other as much as possible and the more and more that I spent time with him, the more I knew that I was in love with him.

Anthony has been an incredible turning point in my life. He has made me feel the most comfortable I’ve ever felt around anyone. We compliment each other so much to a degree I didn’t think I would find with anyone until much later in life.

We have no problem being the weirdest, goofiest version of ourselves when we’re around each other, and that is something that you cannot ever let go of. Especially in a world where it is frowned upon to be vulnerable and show that you are human. For fun, the two of us did a YouTube video called the “Laughing Challenge” that now has more than 129,000 views and made us so happy to make people laugh.

Recently, Anthony wrote an article for Outsports publicly coming out. He was able to inspire and comfort people struggling from all over the world. This prompted me to write my own story and have the opportunity to inspire and help others struggling.

All things considered, I’ve found that it is absolutely crucial to step out of your comfort zone from time to time. We should all get comfortable with discomfort. When we put ourselves out there and challenge who we are, that will help us engage and grow like we would have never dreamed of.

Don’t be afraid to purposely seek out activities that scare you. What’s the worst that can happen? I always tell myself, “No matter what happens, I will be OK.” This is such a simple sentence, but it could not be any more true. The fear we all have of failure is something that needs to be embraced and sought out because without failure comes no success.

Michael Pavano, 22, is a nationally certified personal trainer, aspiring actor, and social media influencer. He can be reached on Twitter and Instagram at @michaelpavano or by email michaelpavano@gmail.com. You can also follow his YouTube channel.