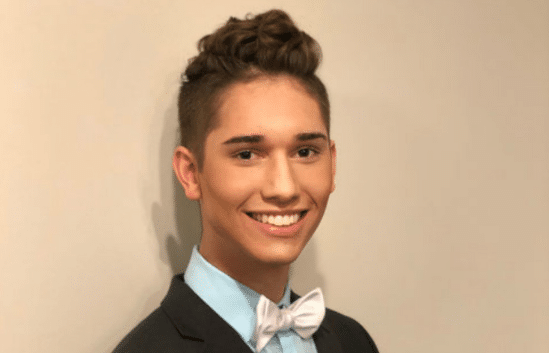 Valedictorian, whose education was saved by crowdfund, is now helping other students facing similar fate

A gay US student, who won support for his education after his parents disowned him, has launched a charity foundation.

As reported by Gay Star News last year, Seth Owen won huge support via a crowdfunding campaign. The money raised allowed him to attend college, despite his parents shunning him for being gay.

Now Owen is paying it forward to help other young people in similar circumstances. Last week he launched the Unbroken Horizons Scholarship Foundation.

Owen felt need to speak up

‘After realizing that I would not have received the same support from the community if it weren’t for my perceived race, I knew I needed to speak up and do something, thus Unbroken Horizons was born’, the 18 year-old said on a GoFundMe page for the new charity.

Owen was cruelly disowned by his parents for being gay and found himself homeless. This left his dream of attending Georgetown University in Washington, DC hanging by a thread.

His story went viral, resulting in an appearance on Ellen Degeneres’ TV show, where he received a check for $25,000.

Five students to benefit each year

The Unbroken Horizons charity aims to provide five students with a $2,500 scholarship so that they too can attain their educational goals.

The money raised will be used to provide students with scholarships to colleges, universities, vocational schools, and technical education schools.

It also hopes to give students a platform to share their unique stories, so that they may then effect change in their communities. It will also link students to resources for youth in the LGBTI community to ensure they are healthy and prospering.

Gay student sues pizzeria in Jerusalem for refusing to serve him