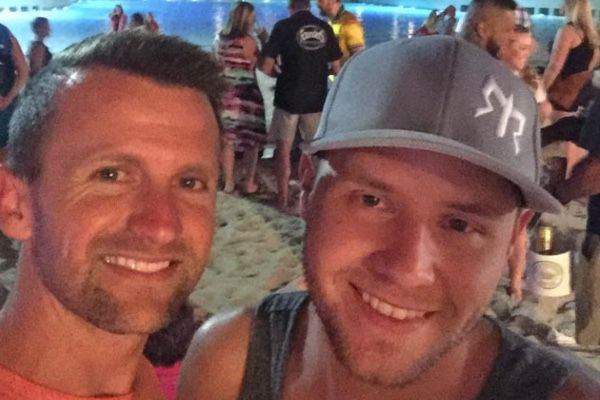 As the days and hours go by after the tragic shooting in Las Vegas, victims and families of victims are trying to find out if those at the shooting escaped, are wounded, or worse.

As names have started to arise, two gay people (and a couple to boot) have been added to the list of victims.

Cameron Robinson and Bobby Eardley were a gay couple from Utah. More specifically, Robinson was from Cedar City. Robinson would reportedly drive the two and a half hours between Cedar City and Las Vegas every day to work for the city of Las Vegas, Nevada.

Unfortunately, the drive on Sunday would be his last.

Cameron Robinson unfortunately lost his life at the shooting which is now the deadliest one in American history. Robinson was shot in the neck, as shared by his sister, and died on the scene.

His boyfriend Bobby Eardley was lucky enough to escape with his life, but was hit in the back by shrapnel. Luckily however, he is expected to live.

Sadly, Robinson leaves behind his sister and three children.

If you want to help Eardley and also Robinson’s family, you can donate to this GoFundMe page run by Robinson’s sister.

The funds will help to pay for Bobby Eardley’s medical fees and Cameron Robinson’s funeral.