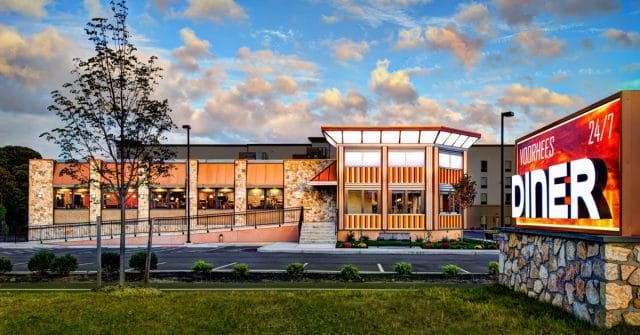 A gay waiter has won a large settlement from his former employer, after facing homophobia at a New Jersey diner.

Brian Peeke, who is gay, worked at Voorhees Diner in Voorhees Township from November 2016 to June 2018.

According to a discrimination complaint, Peeke’s co-workers “would continuously refer to complainant as ‘faggot,’ ‘stupid faggot’ and other derogatory remarks related to his sexual orientation.”

Peeke says he faced “name-calling and a hostile environment” at the diner, and accused the owners of failing to act to clamp down on the homophobic harassment.

He added that “the situation at work was so unbearable, that he felt he had no choice but to resign.”

The waiter had worked at Voorhees Diner in New Jersey.

In a settlement announced on Thursday (June 13) by the New Jersey Attorney General’s Office, the diner agreed to pay $20,000 to Peeke over the treatment he endured.

The settlement was announced at the same time as another restaurant was ordered to make a payout for sexual harassment.

Attorney General Gurbir S. Grewal said: “In any workplace setting, people have a right to do the jobs they were hired to do without being subjected to verbal abuse, solicitations for sex, inappropriate touching, and other harassing conduct.

“These cases should serve as a reminder to employers throughout the State that we take this issue seriously, and will hold accountable any employer who engages in, or tolerates, such harassment.”

The department’s Division on Civil Rights Director Rachel Wainer Apter said: “Studies have shown that sexual harassment is pervasive in the restaurant industry.

“These settlements should encourage all restaurant owners to make clear to all employees and managers that sexual harassment will not be tolerated, to develop anti-sexual-harassment policies and procedures for employees to follow if they need to file complaints, and to provide training to managers and staff.”

Addressing the anti-gay slurs, the diner’s owner Mark Klein told the Cherry Hill Courier Post that “it was one person who used to say it, and that person is no longer there.”

Klein claimed the restaurant had attempted to address the issues with the employees concerned at the time.

However, he said that more employee training would be introduced.

New Jersey is one of just 21 US states that outlaw discrimination based on sexual orientation in employment.

Earlier this month, a Los Angeles barbershop was fined $75,000 after refusing to cut an HIV-positive man’s hair.