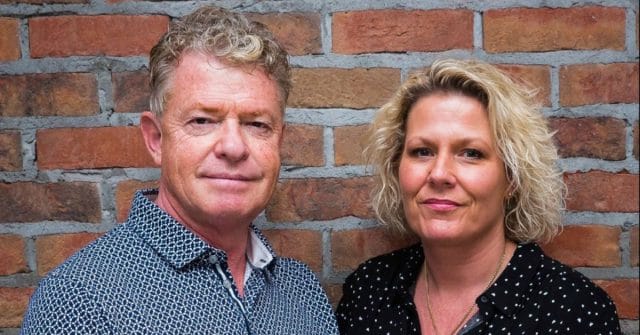 “It puts me in an incredibly difficult position,” says Gwen. “I’m literally not sleeping because of the shock and stress.”

Gwen is a trans woman. Her doctor has just been suspended from practising by the General Medical Council, and now she faces an uncertain future when it comes to the hormone treatment that she’s undergoing.

Gwen (not her real name, which PinkNews is withholding at her request as she is not out about her transgender status) tells PinkNews that she thinks the GMC’s decision to suspend her doctor, Dr Mike Webberley, is “a clear-cut case of transphobia” and will “set a dangerous precedent” for doctors working privately with trans patients in the future.

“Doctors will avoid them [trans patients] like the plague – you work with trans people, you’ll lose your job,” she says.

Gwen says her most pressing issue is that her GP is in charge of conducting regular blood tests to monitor her hormone levels.

“Thankfully, I’ve just done my last blood test, but when the next one comes round – in three months – the GP will see that Dr Webberley has been suspended,” she says.

“My GP will stop cooperating,” she says, “so my other option is to ring up the NHS and say, ‘This is a priority.’”

But the problem with that is that “a lot of people go to GenderGP because the NHS has screwed them over – the standard of care is so bad, they’ve got nowhere else to go,” says Gwen.

GenderGP, set up by married GPs Dr Mike and Dr Helen Webberley, is an online trans health service relied on by 1,600 private patients – of which Gwen is one.

The GMC suspended Dr Mike Webberley from practising medicine in the UK on May 16 after it judged that the care provided “fell below the standards expected” in the treatment of three transgender patients prescribed puberty blockers and hormones.

Dr Helen Webberley was previously suspended by the GMC in November 2018. At the time, her husband took on her patients, but with his suspension GenderGP was effectively prevented from operating – although Dr Helen Webberley tells PinkNews that they have “already put in place” a plan to continue, which will involve moving the base of the clinic to Malaga, Spain.

Trans people seeking healthcare – from counselling to hormone treatment and gender-affirming surgery – face NHS waiting times of up to three years for a first appointment at a Gender Identity Clinic (GIC). There are only eight GICs in England, with just one of those catering to trans people under 18.

Trans people who cannot manage a three-year wait for treatment, or those with the financial resources, might also go private – choosing from an increasing number of private clinics that offer trans healthcare.

The GMC decision ties into the wider issue of trans people’s lack of options when it comes to healthcare – and the impact that has on trans people’s mental health.

Medical chiefs have previously warned that the NHS is “failing” trans people. Two in five trans people say that healthcare staff lack understanding of specific trans health needs, according to Stonewall, and three in five trans people who transition on the NHS are dissatisfied with the time it took to get an appointment at a GIC.

The long waiting lists and other healthcare failures come at a time when trans people are uniquely vulnerable: Studies show that the suicide risk for trans people is increased by “gender-reassignment treatment delays and refusals.”

And the suicide risk for the UK’s trans population is already very high. Stonewall’s surveys show that 48 percent of trans people in Britain have attempted suicide at least once and 84 percent have thought about it.

“The sad reality of trans healthcare,” Gwen says, “is you can measure its success by the rate of suicide for patients.”

Another reason that some trans people choose to go private is that the NHS hasn’t yet caught up with how non-binary people experience their gender.

A, a non-binary person who did not want their full name to be published, is another GenderGP patient.

“I’d heard that the NHS and some doctors in the NHS are not understanding of being non-binary, and I would have to say that I’m a trans man [to get healthcare on the NHS],” they tell PinkNews.

“GenderGP gave me the freedom to be really honest. When it comes to my health, I want to be open – and I felt that with GenderGP I could be really open, and we could make the best decision together about what’s best for me in terms of treatment,” they say.

A, 28, is not currently on hormone treatment for financial reasons but had been receiving counselling from GenderGP who’ve been “very understanding” of their financial situation.

When A first heard about Dr Mike Webberley’s suspension, they considered self-medication due to inadequate healthcare alternatives. An increasing number of trans people buy hormones online, because of frustration with NHS waiting times or other barriers to care that make buying them online the most accessible option.

But self-medicating with hormones, without GP supervision, risks serious health problems – like liver damage and fatal blood clots – and is a problem that was being warned about as far back as 2004.

“I’ve got friends who do [buy hormones online],” A says. “I would just try my best to do it myself. It’s not necessarily something I want to do or would advocate doing, but that would be the next route to look at.”

“So, in a way, this [GMC] decision might push people to self-medicating. Which is not ideal,” A says.

Of the GMC decision, A tells PinkNews: “I feel [it’s part of] a push for trans people to use the NHS services. I think it’s a deliberate move to get people not to use alternative services at all. Which is not a good decision, because the NHS has such a long waiting list.”

“By restricting access to any service that isn’t the NHS you are taking away the bodily autonomy of trans people, because anyone should be able to access services that improve their lives, as long as they are safe,” they say.

Dr Helen Webberley tells PinkNews that she began GenderGP as an online information resource for trans people after she had a trans patient, four or five years ago, and learned that the nearest GIC she could refer them to was in London – a massive journey from her GP surgery in Wales.

She then began researching trans healthcare. “I didn’t realise what a massive need there was, the extent of the problem the NHS has,” she says.

“People not being able to get any care at all, being discriminated against… the waiting list is terrible, but that’s the smallest part of it. You also have the attitude of doctors and nurses who are supposed to help.”

GenderGP, Webberley says, “does it differently.”

“We don’t make people prove themselves or go through massive rounds of psychological assessment – I find that whole idea so disrespectful. By the time people go to the doctor they already know their gender,” she says.

“The concept that a patient is the expert in their own body and identity is really important,” she adds.

GenderGP has previously been fined for running an unregistered service and criticised for prescribing puberty blockers to young trans patients over the internet.

“An Interim Orders Tribunal can suspend or restrict a doctor’s practice while a GMC investigation continues. They would impose a restriction in cases where it may be necessary for the protection of patients and the public, or otherwise in the public interest or in the interests of the doctor.”

While GenderGP hopes to continue treating 1,600 trans people from Spain, many thousands more are languishing on NHS waiting lists, crowdfunding to pay for their transitions privately or buying hormone treatments on the internet and doing it themselves.

None of these options are ideal and could even present health risks. Trans people in the UK are, as Gwen says, in an “incredibly difficult position.”