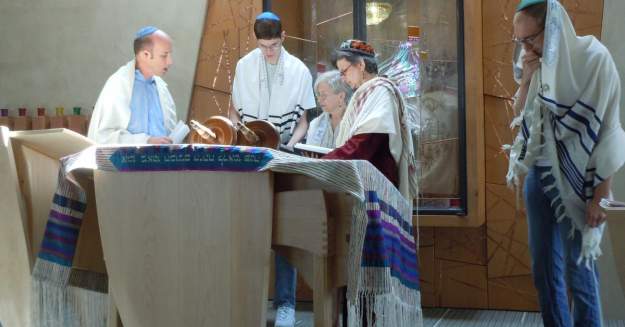 As Hanukah continues to roll out, let’s shine a light on a historic synagogue that was the first to be run by LGBTQ Jewish members.

In Los Angeles, California stands the Beth Chayim Chadashim or the House of New Life Synagogue. This building is a cultural landmark as it is the world’s first LGBTQ synagogue.

The BBC was founded in 1972 on the principle of including and celebrating a diverse community of people practicing the Jewish faith.

Speaking to Buzzfeed, the BBC’s Rabbi Lisa Edwards, who’s also an LGBTQ activist, noted how the synagogue is focused on diversity and inclusivity.

“LGBT families have a lot of options in the Jewish community now, thankfully, but the community here is made up of parents who want to be part of it. It’s quite a mix, and it gives such a wide range of experiences to the kids who get to be a part of this community.”

Rabbi Edwards was appointed to the job of head rabbi in 1992, and was the first openly gay rabbi to lead the temple. She has since continued to lead the people of the synagogue in their faith and pursuit of happiness.

The synagogue’s services are often filled with messages about LGBTQ issues and human rights issues. According to Gay Community News, they recently held a service and charity drive for World AIDs Day.

The drive was called Project Chicken Soup and it will help 30,000 kosher meals get distributed to patients living with and fighting cancer, AIDS, and other diseases for the next year.

For the past four decades, the Beth Chayim Chadashim synagogue has been a driving force in including LGBTQ people of the Jewish faith and supporting them however they can. We hope that the synagogue sticks around to do so for the next four decades and on.