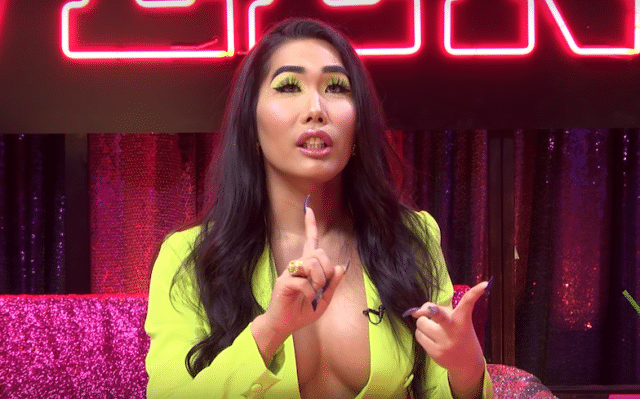 Gia Gunn has spilt some major T on her Drag Race All Stars 4 experience.

Speaking to Johnny McGovern for Hey Qween, the trans activist – who first appeared on the franchise’s acclaimed sixth season back in 2014 – discussed why she came back to the series, while revealing some behind-the-scenes drama.

When asked by the host about her ‘feud’ with Trinity on the season, Gia admitted that their on-screen drama was fabricated and planned beforehand, in order to make good television. She then expressed regret for not doing the same with her friend and fellow contestant, Farrah Moan, who she often came into conflict with on the show.

“Honey, the whole time I was there, I was there for Trinity,” she said. “That was all planned. See that’s where I made the mistake with Farrah. I should’ve been like, ‘Look toots…’ We actually had a heart to heart the night before that episode and we made up. ‘Gia, let’s just forget the bullshit.’ I’m like, ‘Y’know what sis? You’re right, I’m sorry, let’s move forward.’

Despite making amends with Farrah, Gia memorably instigated drama the following day in the werkroom, shortly before the queens participated in their choreographed supergroup number with Drag Race legend, Stacy Layne Matthews.

“Next day, here I go in, stirring the pot, bullying her at her makeup station,” continued Gia. “She was like, ‘What the fuck is happening here? This bitch literally apologised to me last night, and now she’s torturing me.’ So I should’ve done what I did with Trinity, but that’s just because me and Trinity saw more eye-to-eye. Trinity knew what she was doing there, and so did I.”

Johnny then asked Gia how she felt not winning the show’s first challenge. In the All Stars 4 premiere, the queens showcased their abilities in an All Star-Spangled Variety Show, where Gia performed Kabuki. It received widespread praise from fans, who later voiced their frustrations on social media towards the judges for not giving Gia the win. 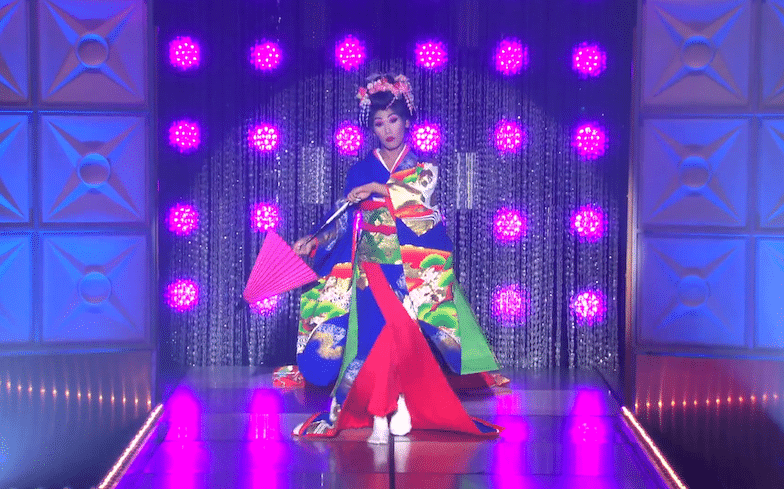 “It’s actually a very sensitive subject for me because I was never so insulted ever in my whole drag career,” she said. “Safe? All the other girls were like, ‘Okay girl, get your Mariah Carey gig together.’ So I was like curling hair, getting ready, because she’s going to say ‘top’ – which I’ve never been called before.

“The girls said, ‘You’ve got it, you’ve got it in the bag.’ I thought it was going to be me and Trinity, or Manila or Latrice. Baby when she said, ‘Manila, Latrice, Valentina, please step forward, safe.’ I whispered to Valentina and said, ‘Girl what is happening?’ She said, ‘Just look forward girl. It’s a rig in the pag.’”

Gia then voiced her confusion at the judges for giving Monique Heart the win: “I have nothing against Monique, Brown Cow Stunning, the whole nine yards, but to me, it was a nightclub performance that we’ve seen before. Her wig flew off both times.

“They didn’t show that but it flew off the first time they did the take, and the second time, so I’m just like… ‘How is that the winner?’ I think maybe RuPaul was just very into the ‘available on iTunes’  thing, or mine wasn’t relatable enough for people because they didn’t understand…  Talent should know talent.”

Gia also provided her theory on as to why both Monét X Change and Trinity the Tuck were crowned for All Stars 4, discussed her time on The Switch 2 and opened up about her transition – watch below.