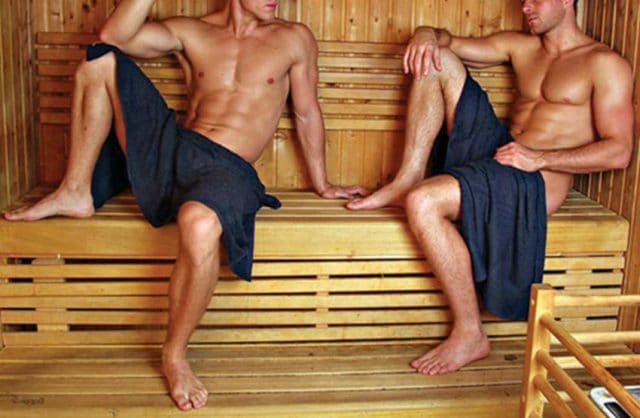 STIs are on the rise again, with men who have sex with men (MSM) over-represented in gonorrhoea and syphilis diagnoses.

MSM also made up the majority of new syphilis cases, with 75% of all diagnoses. Syphilis cases more than doubled last year and have jumped 165% since 2009.

Chlamydia remained the most commonly diagnosed STI. It accounted for almost half of new STI diagnoses and most commonly affects 15 to 24 year olds.

Young people (15-24), MSM and black ethnic minority groups were most represented in new STI diagnoses. PHE said that could be because  of higher rates of partner change. It could also be because more concurrent sexual partnerships without consistent condom use. ‘Among a minority of MSM, chemsex may facilitate these risk behaviours,’ PHE said in a statement.

But the data did show that an increase in testing could also account for the rise in STIs. More than 3.5 million people accessed sexual health services, which was a 7% increase from 2017.

PHE and sexual health organizations and advocates don’t see eye to eye on a reason for the increase.

‘No matter what age you are, or what type of relationship you are in, it’s important to look after your sexual health. If you have sex with a new or casual partner, make sure you use condoms and get regularly tested,’ she said.

‘The higher rates of STI diagnoses reflect not just changes in sexual behaviour, among heterosexuals as well as among gay and bisexual men, but also increases in the number of tests taken,’ he told Gay Star News.

‘Regular screening for STIs becomes even more important if you are having sex without using condoms, possibly as a result of being HIV-undetectable and no longer fearing that you will pass the virus on, or being on PrEP and being protected from HIV infection.’

‘PHE “urging people to practice safer sex” leads to nothing if people can’t get a clinic appointment, or if they don’t understand that they’ve been exposed to an STI, or the symptoms of an STI,’ said Dr Will Nutland, co-founder of PrEPster, an advocacy group for the HIV preventative treatment, pre-exposure prophylaxis (PrEP).

‘Instead, we should be fighting for proper investment in targeted sexual health promotion and in rapid testing and treatment services.’

Debbie Laycock is the head of Policy and Public Affairs at Terrence Higgins Trust (THT), a HIV and sexual health charity. She said ‘there needs to be urgent action to improve the state of the nation’s sexual health’.

‘We are yet again seeing soaring rates of syphilis and gonorrhoea, and increases in the number of people attending sexual health services, which is happening against a back drop of central government stripping £700m from public health budgets in the last five years,’ Laycock said.

‘The Government cannot bury its head any longer, the consequences of under investment and services struggling to meet demand is plain to see with these STI numbers.

‘The impact of continued slashing of sexual health budgets was laid bare in a . It revealed there is now a real risk to widening health inequalities already faced by certain groups. These groups – including BAME communities, young people, people living with HIV and gay and bisexual men – are once again disproportionally affected by new STI rates. Gay and bisexual men for example accounted for 75% of new syphilis cases.’

Some positive results from the data included a decline in genital warts diagnosis thanks to the HPV vaccination programme. The rate of genital warts diagnoses among girls aged 15 to 17 years, most of whom would have been offered the quadrivalent HPV vaccine aged 12 to 13 years old, was 92% lower in 2018 compared to 2014. The data showed an 82% decline in same aged heterosexual boys over this time period.

‘Some of the decreases – such as the falls in warts – can be attributed to the introduction of preventative vaccines, demonstrating that investment in prevention pays off,’ Nutland said.

The increase in access to PrEP in Scotland and Wales and thousands of people on the PrEP Impact Trial in England has lead to more testing.

‘What these new statistics show us is that gay and bisexual men are engaging with sexual health services, through an increase in attendances,’ said Marc Thompson, Health Improvement Lead at Terrence Higgins Trust.

‘In Scotland and Wales, where there is uncapped access to the anti-HIV drug, PrEP, a significant number of gay and bisexual men who have never engaged with sexual health services are now doing so. This means that undiagnosed STIs can be treated and crucially prevented from being passed on.

‘We now need to ensure that there are targeted campaigns towards gay and bisexual men when it comes to minimising the risk of STIs and promoting the importance of routine testing. This is crucial if we are to reduce STIs and empower gay and bisexual men to take control of their sexual health.’

The data also revealed that STI diagnoses also increased among women who have sex with women. There was a 16% increase from 2017. Chlamydia cases jumped 28% in 2018, which was 68% increase in five years.

The rates of STIs are far lower in older age groups but they are increasing. People aged over 65 had the largest proportional increase in gonorrhoea and chlamydia.