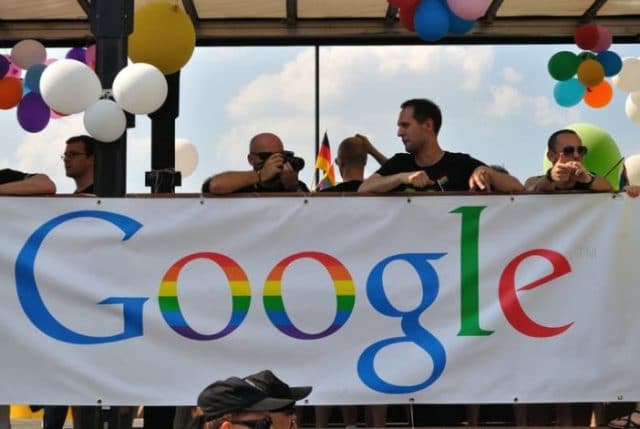 Google employees were told that they can’t protest Google’s policies if they march with the company in a Pride parade.

An internal memo was obtained by The Verge that said that Google employees who planned to march with the company in the upcoming San Francisco Pride parade would be punished if they wore clothing that protested the company or otherwise made a statement against Google or its policies.

The company has come under scrutiny this past month for its harassment and hate speech policies on YouTube. CEO Susan Wojcicki offered a non-apology after the video-sharing platform refused to remove content from Steven Crowder, a conservative vlogger who repeatedly targeted Vox journalist Carlos Maza with attacks on his ethnicity and sexuality.

The memo is a response to a discussion on an employee listserv, Gayglers. People there were discussing petitioning San Francisco Pride to remove Google’s float from the parade.

“Employees are free to make whatever statement they want personally, apart from our corporate sponsored float/contingent,” the memo said. “But they are not permitted to leverage our platform to express a message contradictory to the one Google is expressing.”

Some employees at Google have been outraged that YouTube has become a platform for anti-LGBTQ hate speech and one told The Verge that they wanted to protest against that.

“YouTubers who use our platform and sometimes get significant revenue get to claim free speech to keep using our platform,” the unnamed employee said, “but LGBT Googlers get no free speech to say that Google doesn’t represent us.”

“That’s ironic at best, but hypocritical… specifically ironic trying to curb our speech on the 50th anniversary of the Stonewall march riots.”

Employees could protest Google in other parts of the parade, but they have almost no time to get in the parade.

The memo does not say how employees will be punished if they protest Google.