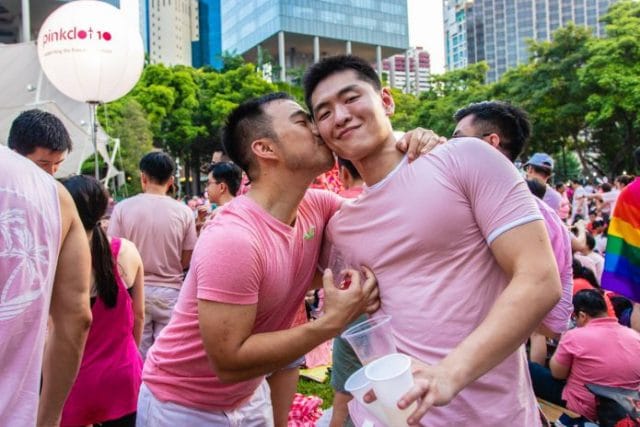 Ahead of Singapore Pride’s – Pink Dot- 10th anniversary bash, a very important person in the city nation has come out publicly as gay.

The 31-year-old came out in a stunning photo shoot for the Out in Singapore exhibition.

He features in the photoshoot with his partner, Yirui Heng, who is a 27-year-old veterinarian.

Even though gay sex is criminalized in Singapore – which doesn’t look to be changing anytime soon – Lee was a supporter of same-sex couples. Lee who is described as the founding father of Singapore and held office for three decades, often spoke publicly that homosexuality should not be criminalized.

‘This business of homosexuality. It raises tempers all over the world, and even in America. If in fact it is true, and I’ve asked doctors this, that you are genetically born a homosexual, because that is the nature of genetic random transmission of genes. You can’t help it. So why should we criminalise it?’ he said at an event in 2007.

‘But there is such a strong inhibition in all societies – Christianity, Islam, even the Hindu, Chinese societies. And we’re now confronted with a persisiting aberration, but is it an aberration? It’s a genetic variation.’

The Out in Singapore photo series is the brainchild of internationally renowned photographer Leslie Kee.

Kee shot 150 portraits of openly LGBTQ people from his home country, Singapore to help raise awareness in the general public about same-sex couples.

The photographer published Li and Yirui’s portraits earlier this month. Not long after Li changed his Facebook profile picture to feature a photo of the couple. A few days after that he updated the photo to include a frame celebrating Pink Dot, Singapore’s annual LGBTI rally. 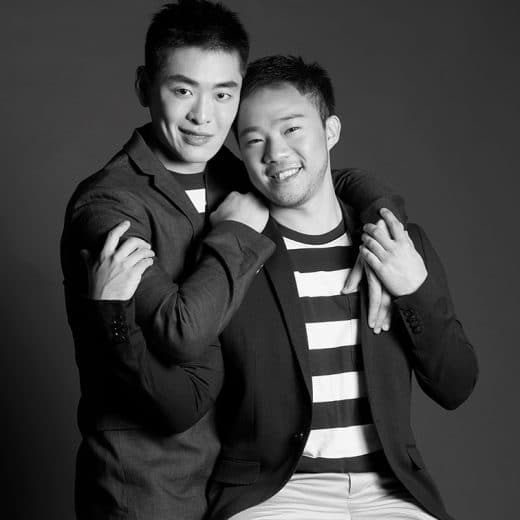 Li has long supported Pink Dot and encouraged all people to attend.

‘If you are a straight ally, I implore you to come stand in solidarity. For the LGBT community, it is but a dream to share in the same human dignities as you, to live full and proper lives. Your support is needed to live that dream. Please stand with us,’ Li wrote on Facebook last year.

‘If you’re a closeted member of the LGBT community, I also urge you to come. I hope that you will look past the security barricades and ID checks and see — if only for an afternoon — that there is more to life than the darkness of the closet, that there are people out there who care.

‘Finally, If you’re an out member of the LGBT community, you have a moral responsibility to come. If you do not stand up yourself, you cannot expect others to fight for you. This is your moral duty.’