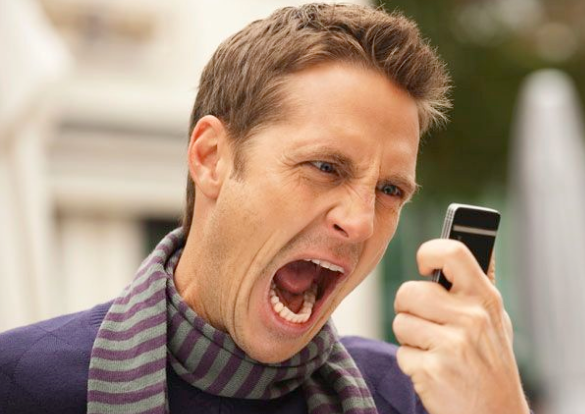 Donny Meacham is not happy, guys. In fact, he’s very, very, very unhappy. With a lot of things. But especially with Grindr.

Meacham channels his inner Carrie Bradshaw in an absolutely groundbreaking new op-ed published by Elite Daily titled “3 Ways Grindr Has Ruined Everything About Dating In The Gay Community.”

“I am a queer single male in NYC,” the piece begins. “You would think dating would be easy because there are thousands of queer guys all around me.Well, if you think that, you are WRONG.”

Why is this? Well, if the title of Meacham’s op-ed didn’t give it away, then this line certainly does: “I’m just going to go ahead and say it: Grindr has RUINED dating.”

Meacham’s first grievance with the popular gay dating app is that it offers far too many options.

Actually, it sounds exhausting. But maybe that’s just us.

“On Grindr,” he writes, “you can have an entire conversation simply by using only two words at once. Sup? Looking? Into? You host? Send location?”

“In person,” he continues, “you have to actually use a little more effort. Hell, you might actually have to ask me personal questions. Scary, huh? No, that’s what normal life is like. You’re just a lazy bastard who doesn’t want to put in the effort.”

But his fury doesn’t stop there. Meacham goes off on a brief tangent to express his extreme dissatisfaction with receiving unsolicited dick pics from guys he barely knows.

“When dating me,” he writes, “I absolutely do not want to see a pic of any part of your body within the first few messages. A cute pic of you with a mullet in elementary school is much better.”