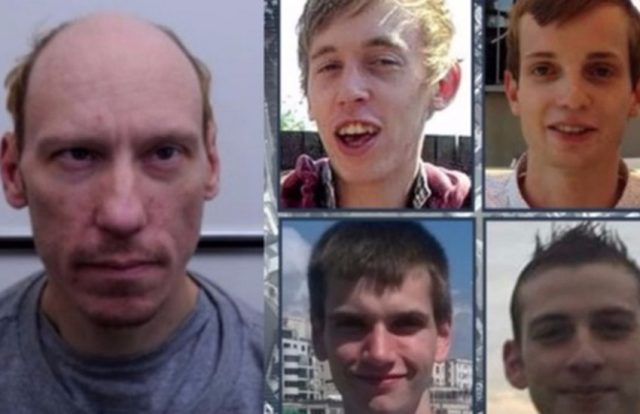 All four gay men murdered were aged between 21 and 25.

The 41-year-old chef was convicted on Wednesday of the murders of Anthony Walgate, a 23-year-old from Hull, Gabriel Kovari, 22, from Slovakia, Daniel Whitworth, 21, from Kent, and Jack Taylor, 25, from Dagenham.

Justice Openshow gave him a whole-life sentence on Friday morning.

In all, he was found guilty of a total of 22 offences against 11 men including four murders, four rapes, 10 counts of administering a substance and four sex assaults.

The force is being investigated into the handling of the case and 17 officers are facing investigation into possible misconduct.
Many questioned, after a series of similar deaths, whether a serial killer was targeting young gay men but at the time police said the deaths were unconnected.

Port met victims on a variety of dating apps and websites, invited them to his flat in Dagenham, poisoned them with GHB, raped them and then dumped their bodies close to his flat.

He forged a sham suicide note and put it on the body of Daniel Whitworth, 21, from Kent, taking the blame for 22-year-old Gabriel Kovari’s death, saying he gave him too much GHB at a party.

Jurors heard how police treated Whitworth’s death ‘at face value’, and made no efforts to verify the note which turned out to be in Port’s handwriting.