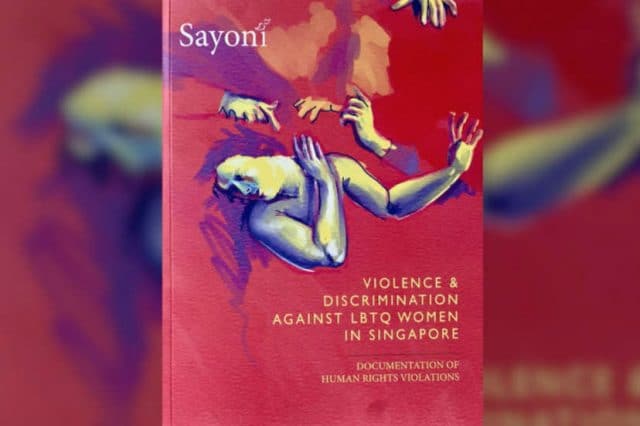 A Singaporean NGO has released a groundbreaking report on violence and discrimination faced by lesbian, bisexual, trans and queer [LBTQ] women in Singapore.

, a Singapore-based support group for queer women, launched their research into issues that affect the LBTQ communities on Saturday (25 May).

The findings have been released in a book, titled Violence and Discrimination Against LBTQ Women in Singapore.

This is the first study to examine the issues facing queer women living in Singapore.

In the past, LGBTI activism in Singapore has often been dominated by gay men and the high-profile law criminalizing male homosexual sex, Section 377A.

As the law only effectively criminalizes gay men, this has caused rifts among LGBTI rights groups in the past.

Sayoni’s study — which was six years in the making — gives the first comprehensive research into something other than gay men in Singapore.

Over 80 attendees came to the book’s official launch event at independent cinema space, The Projector.

For their research, Sayoni conducted face-to-face interviews with 40 members of Singapore’s LBTQ community.

The authors’ noted that the study included trans men, as this group also commonly experienced similar stigma and discrimination faced by the other groups.

The key findings from the study show that LBTQ respondents had widespread experience of abuse and discrimination.

‘We know that there’s discrimination,’ said Jean Chong, a Singaporean LGBTI rights activist and member of Sayoni who contributed to the book.

LBTQ people surveyed also said they had problems finding and/or maintaining both employment and housing due to discrimination over their sexuality or gender identities. 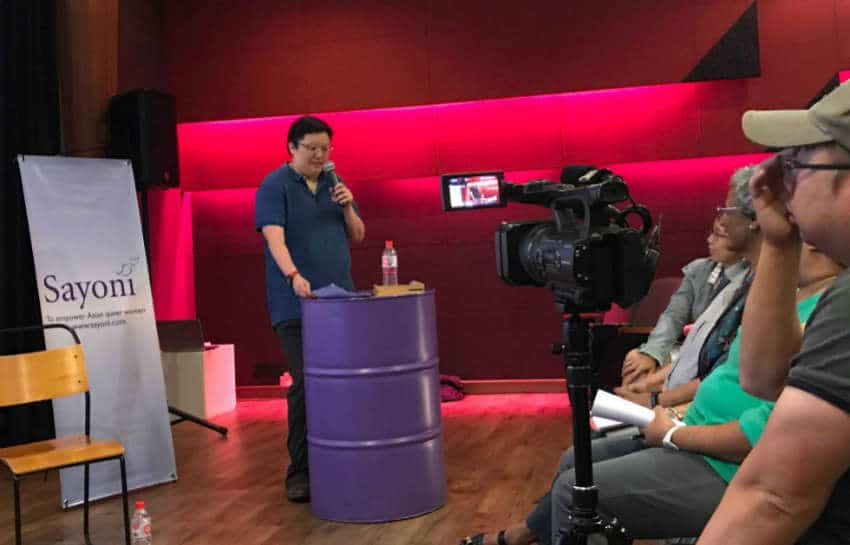 Findings showed that LBTQ people in Singapore were highly susceptible to physical, psychological and sexual violence from those closest to them, often family members.

An overwhelming number of them said that the issues they had encountered, such as those addressed in the study, had severely impacted their mental health. In a number of instances, this had led to feelings of depression and suicidal tendencies.

Despite the widespread issues of discrimination and abuse the respondents had encountered, very few instances were reported to the authorities due to fear of further stigma.

Several of the respondents said that they blamed themselves, and said that reporting the issue would not improve or change matters.

Chong also spoke about how the image of Singapore as a virtually crime-free country is inherently false, and potentially draws away from the abuse endured by members of the LBTQ communities.

‘Many of us have fought through this rhetoric that there’s no violence […] As we did the research, we know that’s not true.

‘We found that a lot of people don’t know that violence is happening to them. And the second finding is that they accept that it’s their fate.’

Chong also added that Section 377A ‘not only affects gay men, but […] it disproportionately affects LBTQ persons.’

The book’s contributors hope that the study will help in addressing the issues faced by Singapore’s LBTQ community. This includes advocating for more LBTQ-inclusivity education and introducing further legal protections for the LBTQ people.

The discourse surrounding Singaporean LGBTI activism has often centered around movements to repeal Section 377A.

In the past this has caused some friction among LGBTI rights groups in Singapore, as the controversial law only criminalizes sex between men.

This has often meant that activism in Singapore’s gay scene are prioritized, with queer women’s issues often sidelined.

‘We all suffer from violence and discrimination, but differently,’ Chong said in a speech.

‘Very often I hear gay men telling us “You can hold hands and walk around in public [but] we have the law against us!” But the report will show that the violence is not in the legal sphere.

‘A lot of the times, when violence happens to LBTQ people it’s all very intersectional. It’s also about condemning women and gender non-conforming people, and it multiplies and cascades in different ways,’ Chong added. 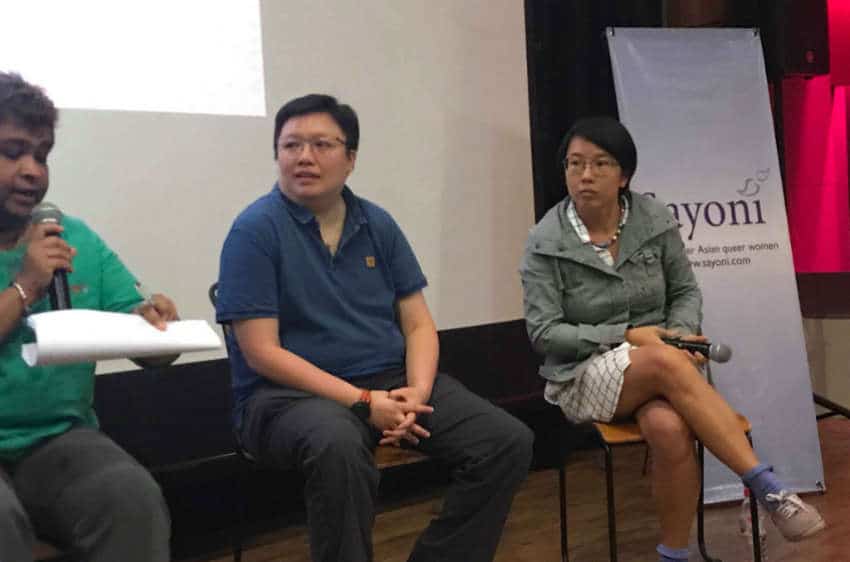 Constance Singam, a veteran activist in Singapore’s civil society, congratulated the team which compiled the ‘most authoritative source of information’ on issues facing Singapore’s LBTQ communities.

‘This report has found that LBTQ individuals face higher rates of poverty,  stigma, marginalization and hate-motivated violence. This puts them at even greater risk at sexual assault.

‘The biggest problem is that society both hypersexualizes LGBTQ people and stigmatizes their relationships.’

Singam also spoke of her experiences working in women’s rights organizations over the decades.

‘I’m a veteran of more than 30 years of speaking about gender violence. And I’m still speaking about it,’ she said. ‘Our work never stops, cannot stop, and must not stop.’

While the book is currently available only in print, Sayoni has indicated they may publish the report online in the future.

The release of Sayoni’s study comes at an important time for Singapore’s LGBTI scene.

It comes in the lead up to the country’s biggest LGBTI event, Pink Dot. The annual event attracts tens of thousands of people.

Recent polling has suggested a growing number of people in Singapore are becoming more accepting if LGBTI equality. This is particularly true among younger people.

LGBTI rights activists have made a renewed push for the repeal of Section 377A over the past year.

The most prolific of this was by Ready4Repeal, a coalition of LGBTI rights groups calling for the abolition of the law. Last year’s Pink Dot also actively called for the repeal of Section 377A.

However, despite these attempts, senior political figures in Singapore have continued to keep the issues surrounding Section 377A at arm’s length. This includes both senior members of Singapore’s ruling party and the country’s main opposition party.

Surveys have also suggested that the majority of Singaporeans are in favor of keeping Section 377A, even if it is not enforced.