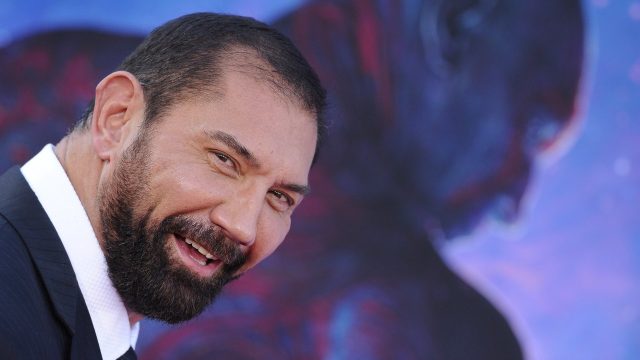 Ex-WWE superstar is proud of his lesbian mom

Now an actor who appeared in the Guardians of the Galaxy films, Bautista recently tweeted: ‘Proud son of a lesbian and anyone who has issue with that can suck my balls.’

The tweet from Galaxy’s Drax the Destroyer was in response to a fan who thanked the 38 year old for being a defender of LGBTI equality.

‘Obviously no thanks necessary but I appreciate the acknowledgement,’ Bautista also wrote in the tweet.

This is not the first time Bautista has stood up for LGBTI people against bigots.

‘If anyone called my mother an animal I’d stick my foot in his ass.’

Aside from two Guardians of the Galaxy films, Bautista’s other movies include Spectre, Enter the Warriors Gate, Bushwick and the upcoming Blade Runner 2049.

Obviously no thnx necessary but I appreciate the acknowledgement. Proud son of a lesbian and anyone who has issue w/ that can suck my balls? https://t.co/gHYC9puexP