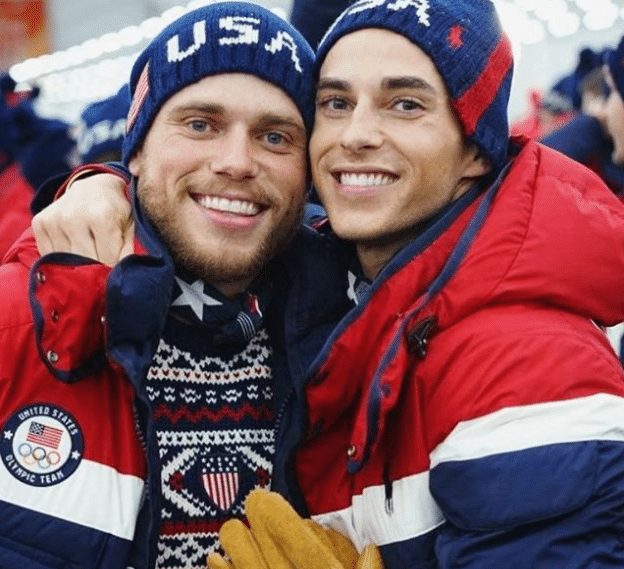 Gus Kenworthy and Adam Rippon are at the top of the world right now.

Both men are openly gay athletes who are confident gay men and competent athletes (neither are mutually exclusive nor more important than the other).

On top of that, both men have wonderful personalities and have charm and charisma that entices others to like them (which is why they are constantly in the news).

Along with several other openly gay athletes competing in the 2018 Winter Olympics, Kenworthy and Rippon have the world watching them.

And what do the two do as soon as they touch down in Pyeongchang, South Korea? Have a photo opp.

The two shared pictures of their meeting after the Opening Ceremony and we all couldn’t be prouder.

The #OpeningCeremony is a wrap and the 2018 Winter Olympic Gaymes are officially under way! I feel incredibly honored to be here in Korea competing for the US and I'm so proud to be representing the LGBTQ community alongside this amazing guy! Eat your heart out, Pence. #TeamUSA #TeamUSGay ???️‍?

Tonight I walked in the #OpeningCeremony and got to watch my old friend @Yunaaaa light the Olympic flame. Representing the USA is one of the greatest honors of my life and being able to do it as my authentic self makes it all so much sweeter ???️‍???❤️? pic.twitter.com/ZypvWkUBjD