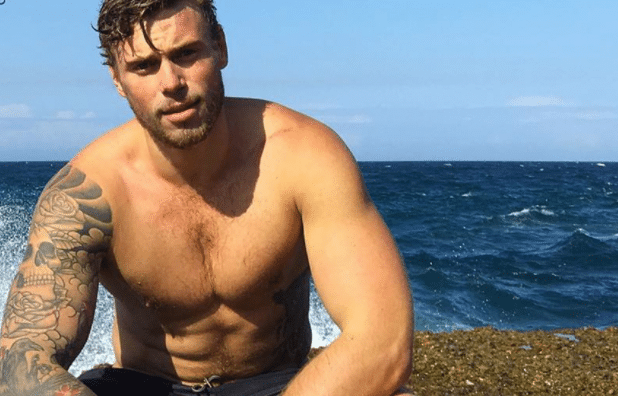 EXCLUSIVE VIDEO: The Miami Beach Gay Pride main stage host yelled ‘someone feel his butt for me’ as the crowd carried him

Falling backward in a leap of faith, the baying LGBTI community below caught him.

Just moments before jumping into the crowd, they were shouting for him to take his top off.

The stage hosts Julie Goldman and Brandy Howard sent mixed messages to the crowd. One warning: ‘no package grabbing’ – while the other shouted, ‘feel his butt for me!’

But they safely carried the Olympian halfway across the crowd before, very kindly, delivering him down on the ground in one piece.

The highlight of @MiamiBeachPride ? Definitely @guskenworthy jumping backwards and crowd surfing. Hopefully no one grabbed your butt like the host suggested? pic.twitter.com/6XQE04cjti

Commenting on the video on Instagram, Gus confirmed to GSN, it was: ‘Definitely my highlight of the day!’

Speaking on stage as the Grand Marshall of this year’s Miami Beach Pride, Kenworthy told the crowd:

‘Pride is so important and Miami does it right. It’s such an honor to be here.’

On his Instagram story today, he did admit it’s an honor that he ‘didn’t quite understand.’ But he took it in his stride, leading the parade in a ‘cool’ classic car. And of course, kicking the stage off by jumping into the crowd.

And Gus, we checked with the Miami Pride team – in the role of Grand Marshall, you also get ‘a key to the city.’ 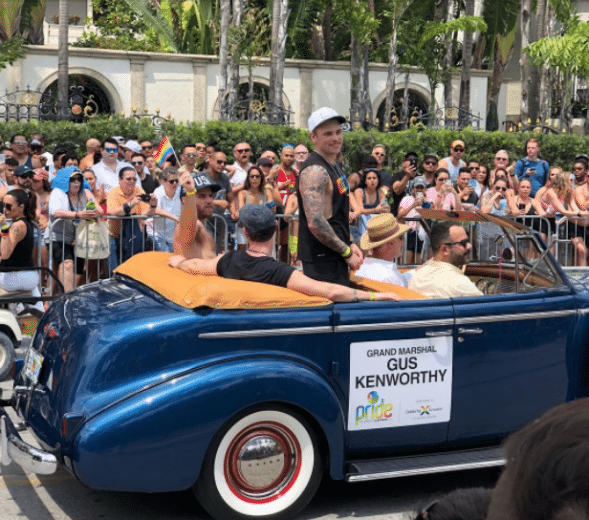 The pride, held in the port town of Miami, happens between 12th and 13th beach on Ocean drive in the city.

‘Clearly, our tenth pride was our biggest in history. We’ve had more people attend than ever than before. After being a fun community event we’ve really grown into a spectacle of global proportions.’ 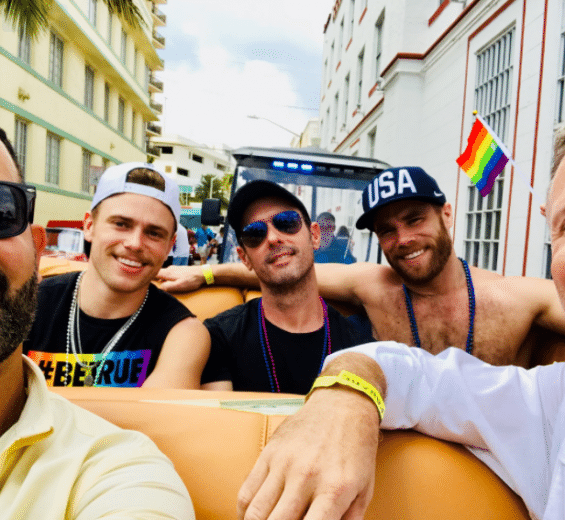 Kenworthy led the 10th Miami Beach Pride parade as thousands of local residents, and visitors from all over the world turned out to watch.

The festivities are presented by Celebrity Cruises, who are the only cruise company in the world to sponsor a Pride.

‘We’re so happy to be back as the presenting sponsor of Miami Beach Gay Pride again. It’s super exciting to see so many people get on board this year; the level of enthusiasm and excitement we’re seeing from even last year is amazing. I mean, even Gus Kenworthy was crowd-surfing the crowd!’

Elsewhere at Miami Beach Gay Pride, a touching tribute to the victims, family and friends of those attacked in last year’s Pulse shooting took place.

Miami is just down the coast from Orlando where 49 people were killed at LGBTI venue Pulse.

A Pulse survivor, Laura Vargas, has been spearheading much of the tributes.

Speaking to Gay Star News she was a mixture of emotions about the weekend though. On one hand, she is pleased it was taking place amongst so much support from local business. But she was also ‘disappointed’ about one recent piece of Pulse news. 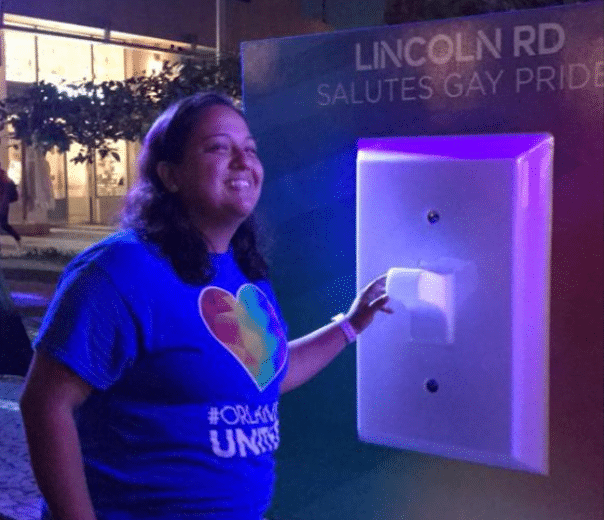 Just last week, the wife of the Pulse gunman Noor Salman was found not guilty of aiding her husband Omar Mateen.

Vargas is ‘devastated’ by the decision.

However, launching the festivals ‘Pride Lights the Night’ initiative, she used the opportunity to focus on the positives. Using her speech to fondly remember her best friend Lewis, one of the 49 killed in the attack.

She then flipped the switch lighting up buildings, including the Hard Rock Cafe stadium, in rainbows all over the city. 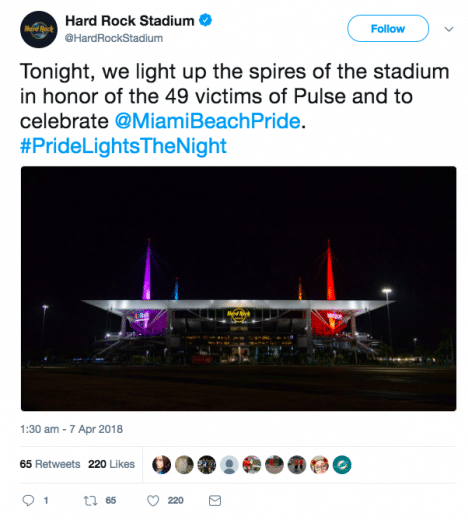