Home Gay Stars Gus Kenworthy Rounds Out 2018 With Yet Another Naughty joke On Social... 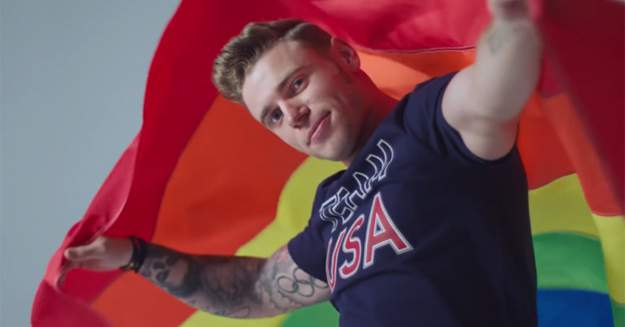 Gus Kenworthy has made another dirty joke online.

And it looks like the end of 2018 is more of the same as the skier decided to use clever posing to have some more of his naughty fun.

The openly gay athlete recently took a photo at Loveland Pass in Colorado and posed in front of a sign that said, “Loveland Pass | Elevation 11,991 ft.” But with the athlete standing in the middle of the sign, the message read something completely different.

Again, we have had a year of Gus Kenworthy making sexual jokes online. While other stars like Todrick Hall are being chastised for making similar jokes, it looks like the internet can’t get enough of Kenworthy doing it.

Me in the cloud searching for @zacefron's nudes like… ??☁️ #stopoverswitzerland

Them: What are you most excited for in Korea?
Me: Meeting the other athletes… ? pic.twitter.com/fbC7v2rc0z