Home Gay Life Guy choked and forced to say sorry for being gay has message... 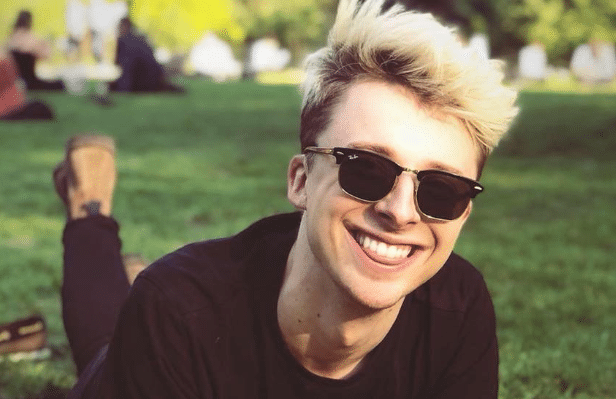 Will Mayrick is the gay student who was forced to apologize for being gay, threatened with being stabbed and strangled.

At the Bexley Magistrate Courts in London, the sixteen and seventeen-year-olds received a referral order of 12 months. But if they fail to comply with the youth offending team, they could be resentenced.

But Will’s response is not one of hate or even frustration. Instead, he’s has been using his experience to prevent future attacks.

Gay Star News has been following Will as he volunteers with Diversity Role Models, a charity that goes into schools to deliver LGBTI positive lessons.

Role models go into schools all over the UK to tell stories about coming out, understanding their identity and being LGBTI.

This is what happened when Will told his story to a class full of teenagers:

Mayrick studies Digital Photography at Ravensbourne University in London was attacked in October last year on the way to a popular queer club night, Sink the Pink.

Speaking about the attack, Will tells GSN of the cruel nature of it:

‘We’d met some friends and then we were on the tube, dressed up in fancy dress. I covered myself up in a big parker, you couldn’t see my outfit.

‘These guys got on the tube just before North Greenwich where we were going to get off. They walked on and started shouting abuse at my friend who stood up. The attackers got face to face with him. Which is when I got up and said “come on guys, give it a rest.”‘

But they didn’t, and the attack intensified:

‘He got me in a headlock so tight that I couldn’t breathe. They were telling me to apologize [for being gay]. At the same time the guy was reaching into his jacket and making gestures to pull out a knife and they were threatening to stab me.’

‘Inside I was like – I’m not going to do that. Nobody should ever have to apologize for being gay or LGBTI. But I thought if I don’t apologize – I don’t know what’s going to happen.’

Since the attack, Will’s resolve has been focused forward.

Inspired by the attack, he’s not only ramped up his work on campus running the LGBTI society he’s been training with the Diversity Role Models and going into schools.

He believes that if the young men who attacked him had been given LGBTI inclusive education – any prejudice inside them that fueled the attack would have been extinguished in them.

A TFL spokesperson tells GSN they take hate crimes on the network seriously: ‘if you experience or witness hate crime on the London transport network, text 61016 or call 101 to report it.’ 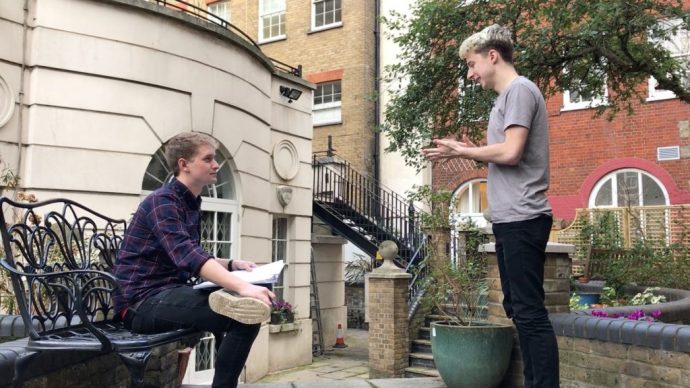 Who are Diversity Role Models?

Diversity Role Models are a charity who want to prevent homophobic, biphobic and transphobic bullying in UK schools.

They deliver workshops in schools to stop bullying before it happens. Their hope, like Will’s, is by educating young people about difference and challenging stereotypes they can address the misuse of language.

You can support Diversity Role Models by becoming a role model yourself, or by donating to them.