Home Gay Life Halsey broke her toe to save a butterfly – only to learn... 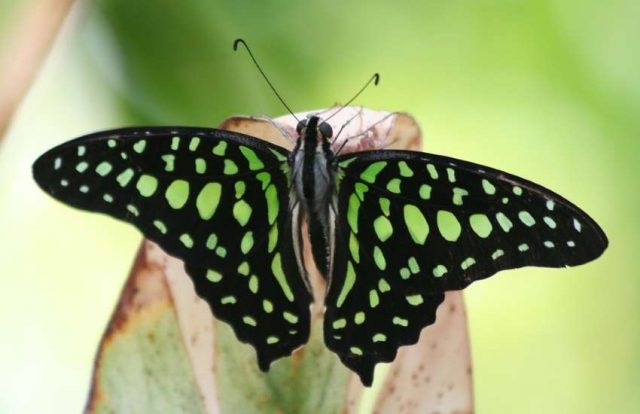 Bisexual musical artist Halsey broke her toe in a brave (yet futile) attempt to save a butterfly.

On Wednesday, 29 May, the singer shared a photo of her bloody and bruised toe. Explaining that the gruesome injury wasn’t performance-related, she went on to share the story of her failed butterfly rescue attempt.

‘Today I was trying to save a hurt butterfly in the jungle,’ the 24-year-old wrote. ‘I broke my toe. Turns out the butterfly was already dead. I have alien feet, I know. I sacrificed having nice feet when I committed to a life of dancing on stages and saving dead butterflies. This hurts.’

It’s no secret that Halsey is a big fan of butterflies. Many of her merch items, as well as the cover to her single Without Me, feature images of butterflies. During the world tour of her second album, butterfly-shaped confetti was released.

The is that despite her toe injury, Halsey still plans to perform in the upcoming weeks. This includes her iHeartRadio Wango Tango performance alongside the Jonas Brothers and Taylor Swift, as well as her 8 June performance at London’s Wembley Stadium.

In addition to her passion for saving butterflies, Halsey is also attempting to make the United States a better place for women and others with vaginas. She has partnered with the ACLU to combat the attacks on reproductive healthcare. This partnership comes as states including Georgia, Alabama, Missouri, Kentucky, and Ohio have enacted restrictive abortion bans.

‘Abortion is a constitutional right, abortion is health care and abortion is my decision,’ Halsey says in her Instagram video. ‘This is the moment for us to speak up, to come together and to fight.’

Reproductive health is an important issue for the singer, who last year opened up about . She has also previously discussed her personal experience of miscarrying right before a performance.