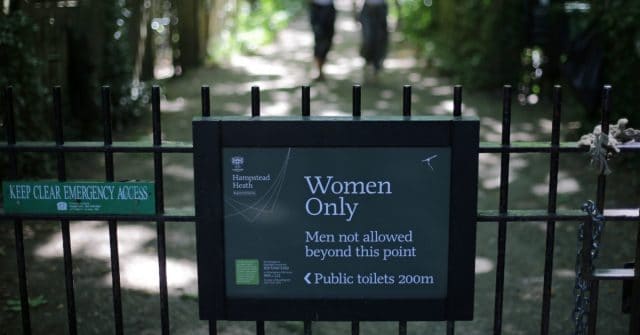 The right of transgender women to access a single-sex swimming pond in Hampstead Heath, north London, has been formally acknowledged under a new policy.

Swimmers have been encouraged to use ponds “aligning with their gender identity” by the City of London Corporation (CoLC), which manages Hampstead Heath and its ponds.

Though trans people are legally entitled to access single-sex spaces—including swimming ponds—under the Equality Act 2010, Thursday’s (May 23) announcement is the first time this right has been formalised by the CoLC.

Under its new gender identity policy, staff will receive training on transgender inclusion and will be instructed to give equal treatment to all, regardless of gender identity

Edward Lord, chair of the CoLC establishment committee, said in a statement: “This policy will ensure our public services do not discriminate against trans people.

“All communities should be fully respected, and equality and basic human rights upheld.”

The policy has been introduced after a major survey found that 60 percent of locals supported trans inclusion.

When asked if single-sex restrictions should relate to a person’s gender identity, 67 percent agreed. Sixty-five percent said that in these instances, a person should not be asked to provide proof of their identity.

A woman braves the cold during a swim in the women’s pond on Hampstead Heath. (Jim Watson/Getty)

The Kenwood Ladies’ Pond Association, a voluntary group, said it welcomed the decision.

A spokeswoman told the BBC: “The ladies’ pond is a single-sex space and the KLPA is committed to helping to create an inclusive environment for all women, including transgender women, which is free from discrimination, harassment or victimisation.”

Predictably, there has been a backlash from anti-trans campaigners.

Amy Desir of ReSisters UK told the BBC that she found the policy “absolutely disgusting.”

In May 2018, Desir led a protest which saw a group of cis women kicked out of Hampstead Heath’s men’s pond having claimed they were “self-identifying” as men.