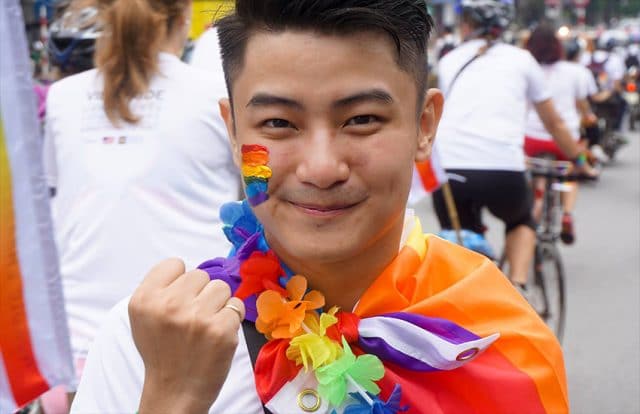 Vietnam’s capital Hanoi is about to host its first ever LGBTI Mardi Gras Festival.

Hosted by the Australian Embassy the idea of the festival is to bring the spirit of the world famous Sydney Gay and Lesbian Mardi Gras to Vietnam.

‘Promoting gender equality is a top priority for both the Vietnamese and Australian Governments and we are proud to support Vietnam’s efforts, including through our development cooperation program here,’ said HE Mr Craig Chittick, Australian Ambassador to Vietnam.

‘Through this event, we hope to bring the spirit of Sydney’s famous Mardi Gras to Vietnam, helping to raise awareness about the rights of LGBT people.

A number of events will run leading up to the main celebration on March 24 at the Australian Embassy in Hanoi.

Some of the events include; ‘Road to Mardi Gras’, an online story-telling contest and ‘Colours of Mardi Gras’, a costume contest for members of LGBT communities in Vietnam.

‘This is a wonderful opportunity for my organization and other NGOs to cooperate with the Australian Embassy on gender equality,’said Vu Kieu Oanh, founder of LGBT Community

Development Center 6+ and a representative of LGBT community in Vietnam.

‘Hanoi Mardi Gras Festival is not simply a fun celebration but also a very meaningful event of diversity and self-expression for the LGBT community.’

The main Hanoi Mardi Gras event will feature live music performances from Australian and Vietnamese performers, a fashion show and images from the history of the Sydney Mardi Gras.

Sydney’s Gay and Lesbian Mardi Gras is one of the most iconic LGBTI events in the world. Since the first Mardi Gras in 1978, the festival attracts hundreds of thousands of visitors to Sydney every year.