Home Gay Life Having Lots And Lots Sex Can Bring You Closer To God, Study... 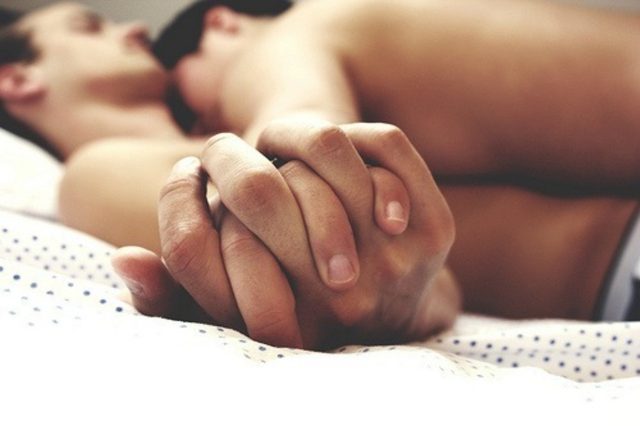 Can having sex bring you closer to God? According to a new study, the answer is yes. Hallelujah, yes!

Researchers from Duke University in North Carolina just carried an experiment where they boosted levels of oxytocin in middle-aged men. Oxytocin is a naturally-occurring hormone released in the brain during sex and believed to play a part in promoting empathy, trust, social bonding, and altruism.

Researchers found that men, including Atheists, who received the increased levels of the hormone reported higher levels of spirituality compared to those who did not receive the boost.

Participants who received the boost also responded more positively to statements like “all life is interconnected” and “there is a higher plane of consciousness or spirituality that binds all people,” and they reported more positive emotions, including awe, gratitude, hope, inspiration, interest,  love, and serenity.

“Spirituality and meditation have each been linked to health and well-being in previous research,” Patty Van Cappallen, a social psychologist and the lead author of the study, told the university’s newspaper Duke Today. “We were interested in understanding biological factors that may enhance those spiritual experiences. Oxytocin appears to be part of the way our bodies support spiritual beliefs.”