Christian Alarid, a 24-year-old staff sergeant in the Air Force, recently teamed up with the Hawaii Visitors and Convention Bureau to surprise his boyfriend, Shayne Barnes, 27, with a surprise proposal that led to a picturesque seaside wedding on the same day! 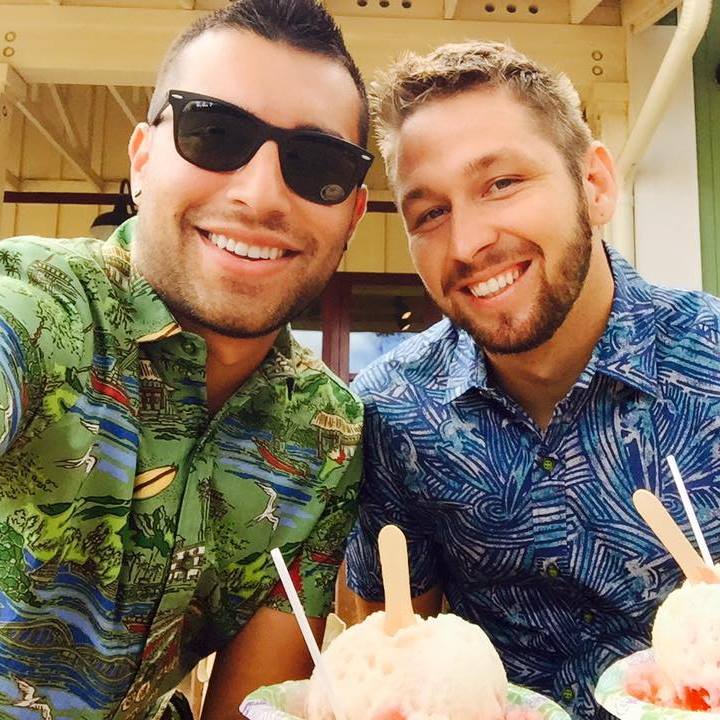 Barnes, who just recently completed his service in the U.S. Marine Corps as a corporal and is now a full-time student at Hawaii Pacific University, thought he was participating in a photo shoot, but little did he know what his partner had planned for him. 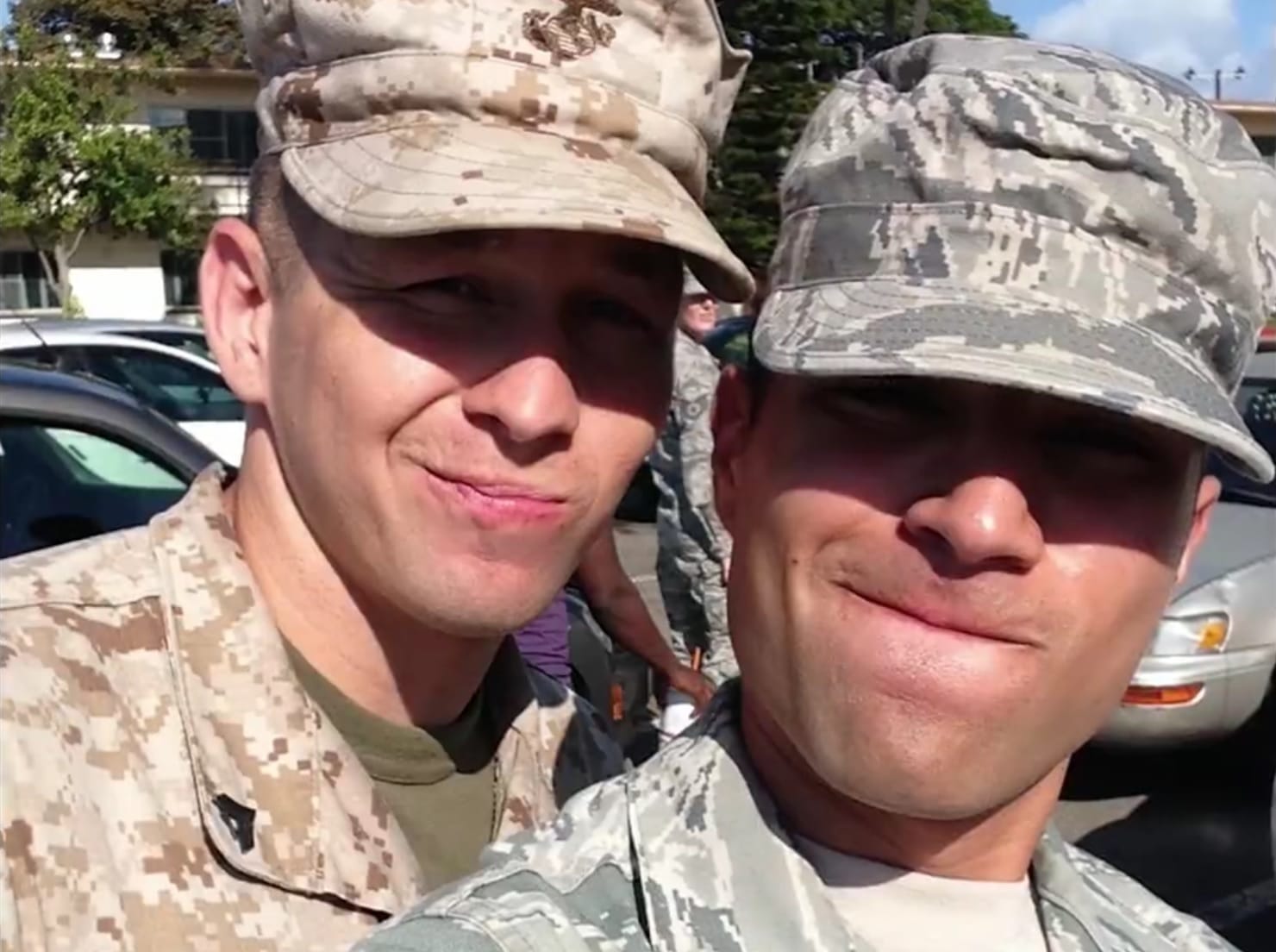 Go Hawaii surprised the grooms by flying their family and friends to Oahu to help them prepare for their big day.

Ten hours after Alarid proposed to the love of his life, the military couple made their way down the aisle at the Kahala Hotel and Resort, set against a gorgeous backdrop of white-sand beaches and Oahu’s gorgeous mountains in the distance. 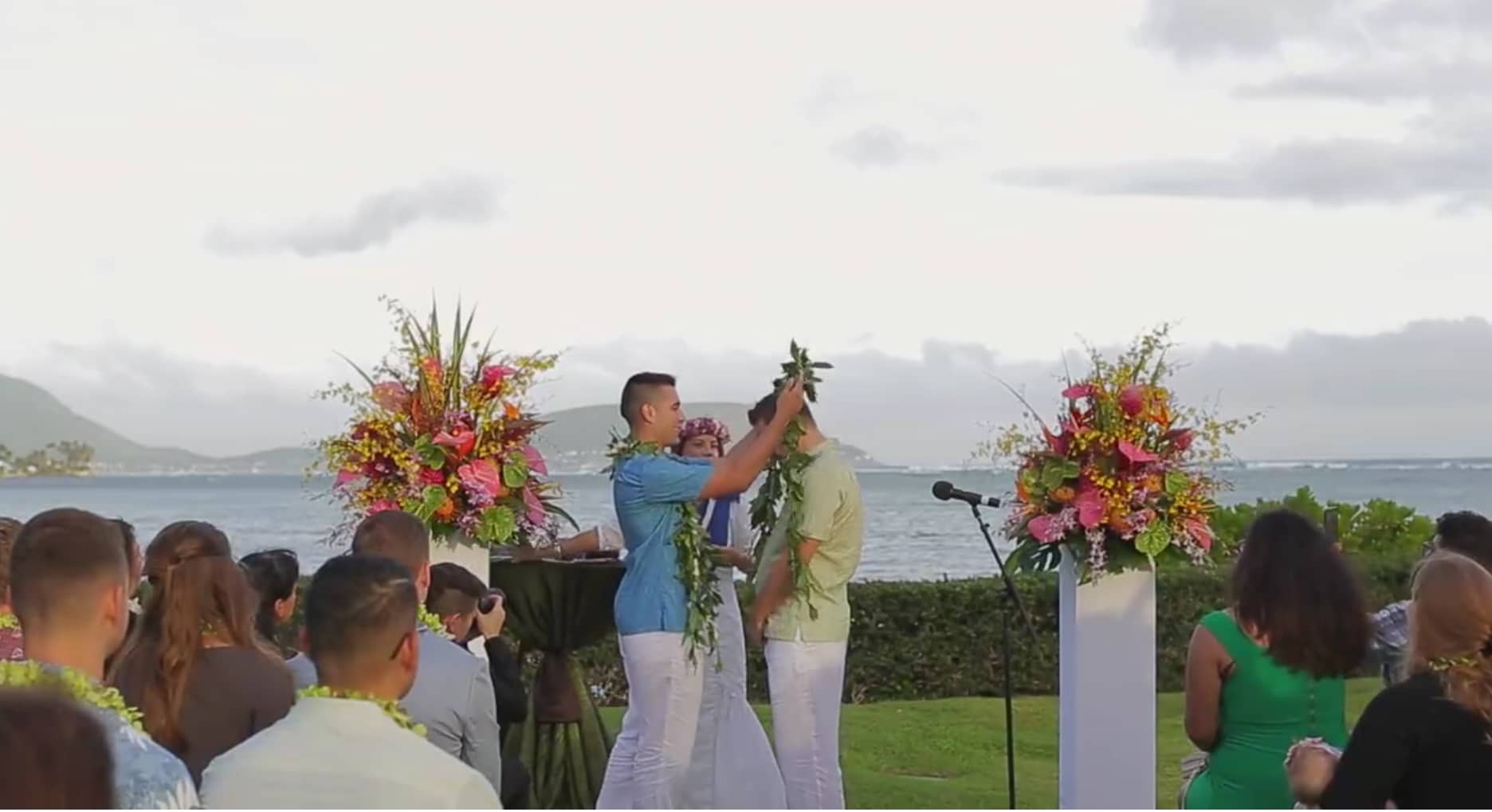 Both men recited the beautiful vows they had written each other as tears began to fill their eyes. They then shared their first kiss as husband and husband as they were surrounded by loved ones.

Watch Christian and Shayne Alarid’s wedding, filmed by the Hawaii Visitors and Convention Bureau, below. 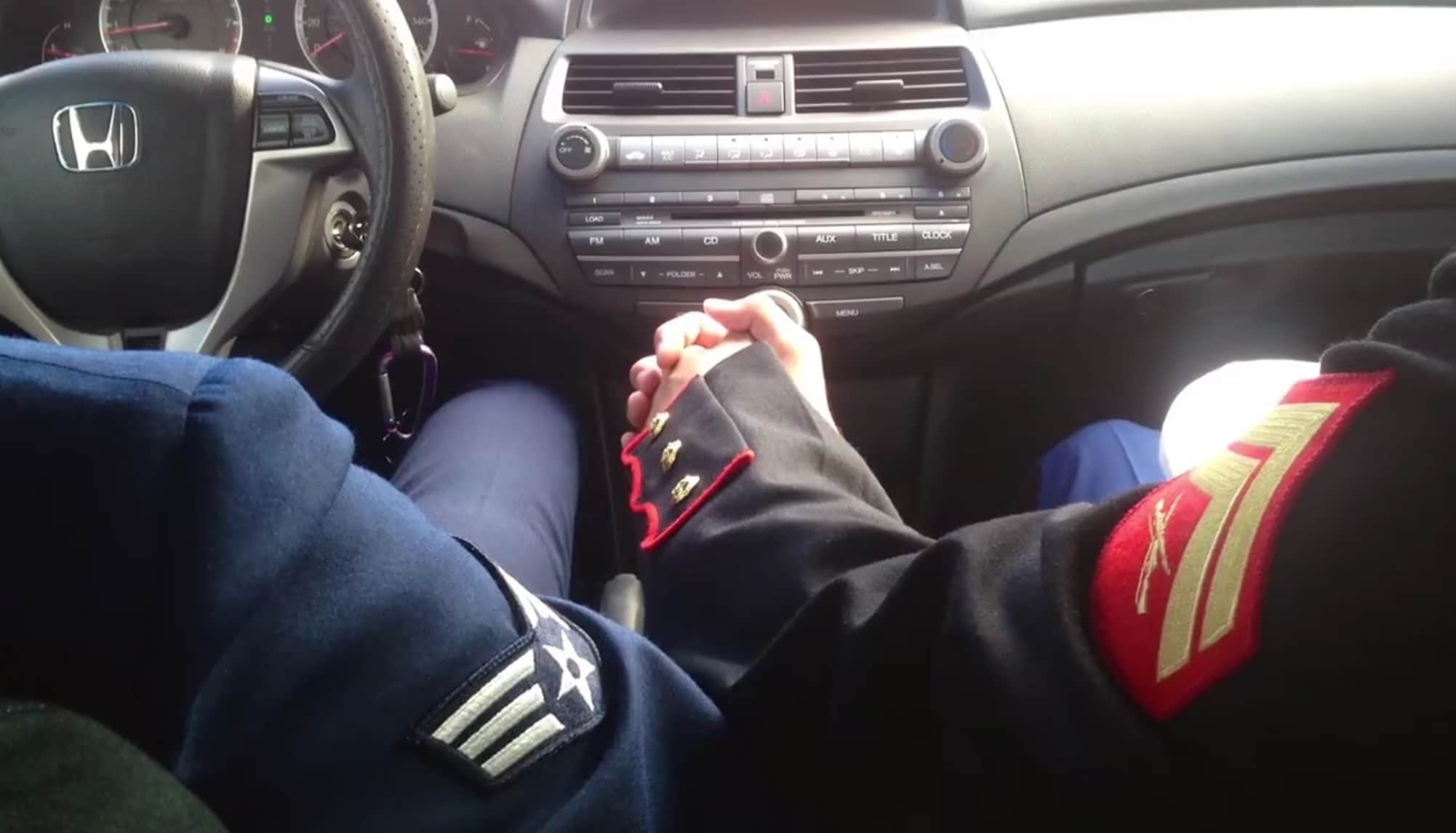