Martin is 86-years-old, who spent much of his life in the closet. He spent most of his life as a photographer, admiring the male body, but never fully able to assert his sexuality and live life to the fullest as a gay man. It wasn’t until he was 85 that he realized the he needed to essentially ‘come out’ and fully express himself as a gay man. For much of his life he searched for a partner whom he could spend his life with, but living his life closeted—left him with many regrets, including finding the love of his life.

Martin’s story has inspired many, including me, to cease the moment and never be afraid to be who you are, always following your heart. Martin teamed up with 5 Gum for their #NoRegrets campaign and if his story doesn’t tug at your heart strings, I don’t know what will.

Get to know Martin and his story as he attended his first Pride parade at the age of 85. And don’t hold back the tears. 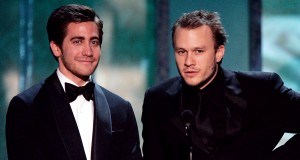 Georgiana P. Green
0
It's been eight years since the very talented actor Heath Ledger died of an accidental overdose. The Brokeback Mountain actor has left behind a lot... 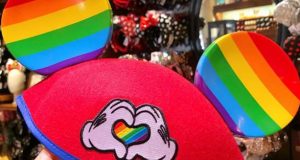 Disney Theme Parks Just Got A Lot More Exciting Thanks To...

Nick Gayer
1
Disneyland is now selling rainbow Mickey ears! While LGBTQ fans of the Disney empire have repeatedly been disappointed by the lack of queer representation in... 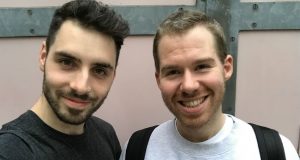