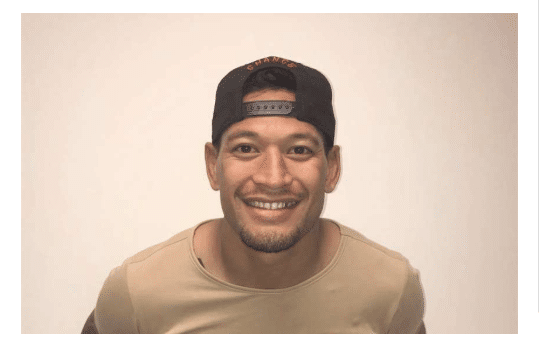 Israel Folau is no stranger to homophobia

Australian rugby player Israel Folau is under fire after posting on Instagram a tirade of homophobic abuse today (10 April).

The 30-year-old took to social media to spout that ‘hell awaits … homosexuals,’ adding they should ‘repent’ as ‘only Jesus saves lives.’

Hundreds of Instagram users slammed the New South Wales Waratahs player, with one saying ‘you are an absolute flop.’

Those that are living in Sin will end up in Hell unless you repent. Jesus Christ loves you and is giving you time to turn away from your sin and come to him. _______________ Now the works of the flesh are manifest, which are these , adultery, fornication, uncleanness, lasciviousness, idolatry, witchcraft, hatred, variance, emulations, wrath, strife, seditions, heresies, envyings, murders, drunkenness, revelings, and such like: of the which I tell you before, as I have also told you in time past, that they which do such things shall not inherit the kingdom of God.
Galatians 5:19‭-‬21 KJV _______________ Then Peter said unto them, Repent, and be baptized every one of you in the name of Jesus Christ for the remission of sins, and ye shall receive the gift of the Holy Ghost.
Acts 2:38 KJV _______________ And the times of this ignorance God winked at; but now commandeth all men every where to repent:
Acts 17:30 KJV _______________

He captioned the post: ‘Those that are living in Sin will end up in Hell unless you repent.

‘Jesus Christ loves you and is giving you time to turn away from your sin and come to him.’

‘Grow up you idiot’

Folau, who plays for the New South Wales Waratahs in the Super Rugby, is no stranger to homophobia.

Back in 2018, he stood behind his ‘gays go to hell’ comment on Instagram, and was even willing to walk away from rugby as a result. He also spoke out against marriage equality.

So many fans expressed their disappointment at Folau’s post.

‘You are an absolute flop. fucking disgrace to the green and gold jersey,’ one said.

Another added: ‘Grow up you idiot.’

‘Sad that you are pushing hate and fear on people.’