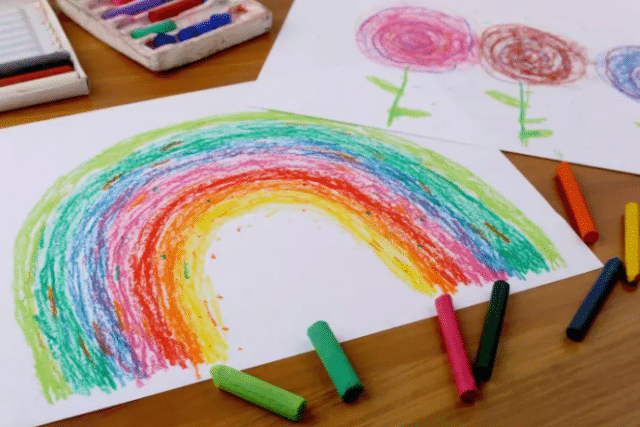 The Australian Psychological Society (APS) has released a guide for how to talk to children about same-sex marriage, as Australians prepare to vote in a postal survey on the issue.

The APS is Australia’s largest professional organisation for psychologists, with more than 22,000 members. It released the guide last week and has an official position of supporting marriage equality.

Dr Susie Burke, a senior psychologist with the APS, told BuzzFeed News the first thing adults should know is that they can actually talk to their kids about same-sex marriage.

“We suggest parents bring up the topic with their children — ask, ‘Have you heard about the marriage equality debate?’ — and listen closely to what they have heard,” she said.

“We know children are aware that there’s something being discussed among the adults on marriage equality, and that this is to do with gay or lesbian or transgender people.

“It’s also likely that children are going to have heard negative and discriminatory views expressed as well.”

The guide suggests various topics parents and carers can address with their kids, including what marriage equality means, different kinds of relationships, and clarifying misconceptions or myths in the debate.

Among other things — and depending on age and level of interest — it can be an opportunity to talk about discrimination and social values, Burke said.

“[You could ask] why is discrimination harmful? It makes people feel bad about themselves, it renders a person less well, more likely to be depressed, anxious, to have other mental health problems.” 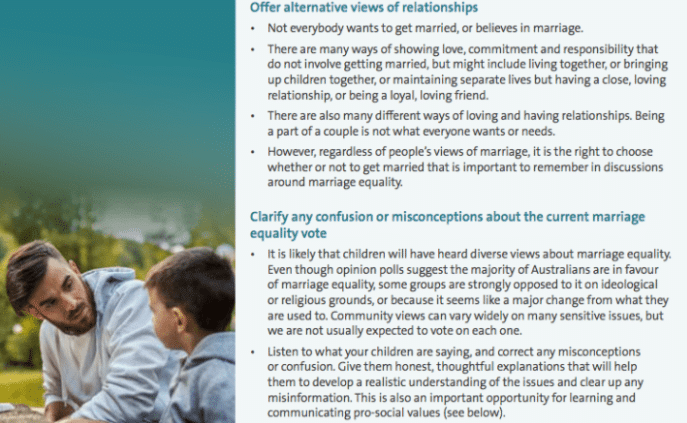 Burke said there was “no evidence” children are harmed by hearing about diversity in relationships. She added it was important to combat the “terribly hurtful idea” that same-sex parents may harm their kids.

“The way to address that is for parents to explain to kids, there is no evidence. The evidence is very clear that children of same-sex parents do at least as well as the children of heterosexual parents.”

The most vulnerable children will be those growing up in same-sex parented families, and young people who are LGBTI or uncertain about their sexuality or gender identity, Burke said.

The APS plans to distribute the guide to schools and parents, as well as making it freely available on its website.

In recent weeks, the Australian Medical Association has attracted criticism for its statement in support of same-sex marriage, from some doctors who take a different view.

Burke said she expects psychologists — as with doctors — will have a diversity of views, as does the general public.

“The truth is that health professionals are often a respected voice that people listen to,” she said. “As with climate change, you’ve got climate scientists who offer an alternative view to the vast majority. People need to look at the majority view. What’s the consensus view among professional groups on divisive topics?

“A consensus view speaks volumes more than a small minority.”