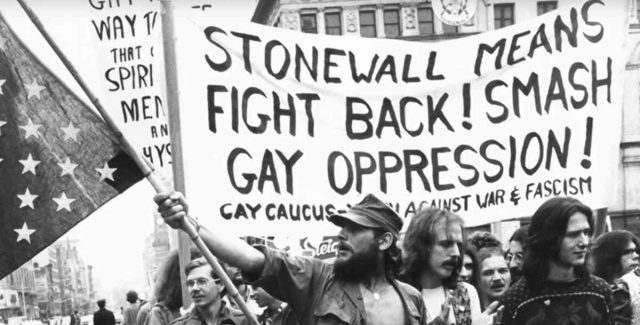 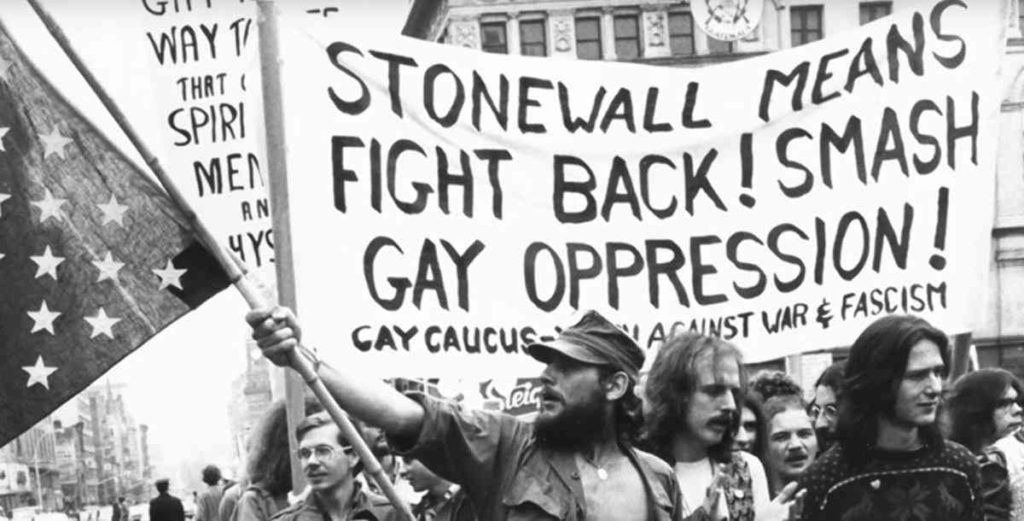 The 50th Anniversary of Stonewall will be an epic celebration in New York City, as organizations and businesses all over the city launch events all month long.

As many as three million are expected to partake, taking in everything from museum exhibits to the parade itself to circuit parties to bars and, of course, just dancing with joy in the streets.

There is still plenty of time to make travel plans and reservations to be part of this historic celebration of how we won the start of our freedom and equality. (Just the shows at Pride Island are sold out, but everything else is still open.)

Here are a few pointers for making travel plans to visit WorldPride in New York:

1. Choose a place to stay wisely

WorldPride 2019 encompasses multiple events across Manhattan and Brooklyn, which poses the question: What kind of experience do you want to have? See the Camp fashion exhibit at the Met, or spend the day at Pier 97 dancing with Grace Jones at Pride Island (which is technically sold out, but maybe you have connections)? Maybe see Whoopi Goldberg host the opening ceremonies for WorldPride at Barclays Center, and then party at the Brooklyn bars? Some people will choose to stay close to Times Square, near the closing ceremonies hosted by Margaret Cho, on June 30.

For those who aren’t sure how to start making plans, a good place start would be the parade, which will travel along 5th and 7th Avenues through several neighborhoods, including Koreatown, Greenwich Village, and Chelsea: 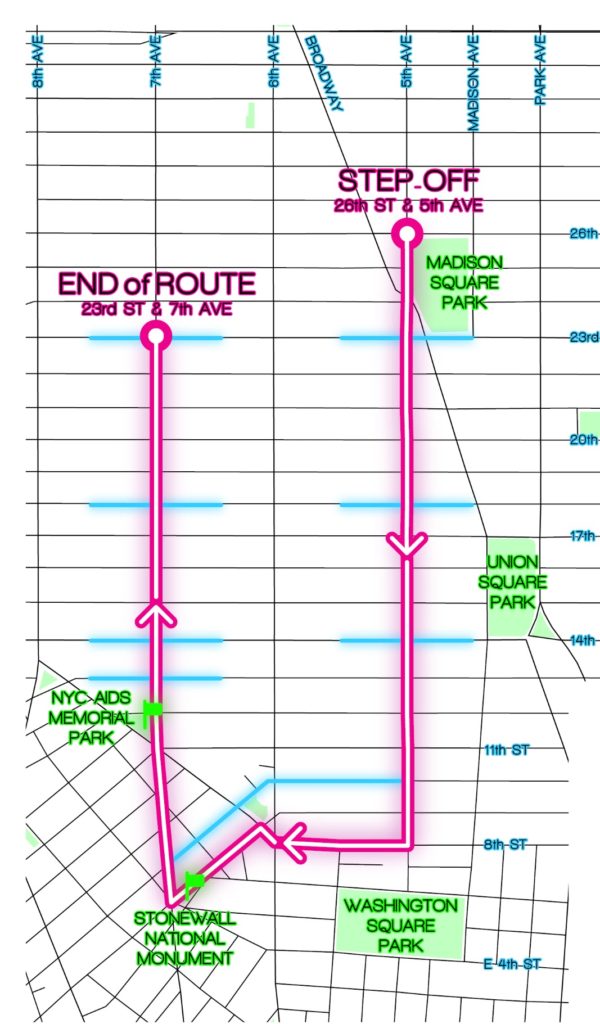 Staying close to the parade could make life easier by having a room nearby for quick pit stops throughout the day. But there are literally hundreds of hotels all over the city with rooms still available. WorldPride host hotels offer discounts booked with its promo code PRIDE. Just remember, finding a less expensive hotel room that is further away from the action will eat up time—and money with those extra travel costs.

2. Pick your events to attend

Most WorldPride events will occur in Manhattan, but there are some in Brooklyn, including the opening ceremonies. NYC has the best public transportation in the US, and subways run all over Manhattan and Brooklyn, so attending events in both boroughs is definitely a realistic goal. Download a subway map for iPhone or Android and plan your trips to save time and (a lot of) money. For rideshare services and taxis, each trip between lower Manhattan and Brooklyn will cost $30-50. 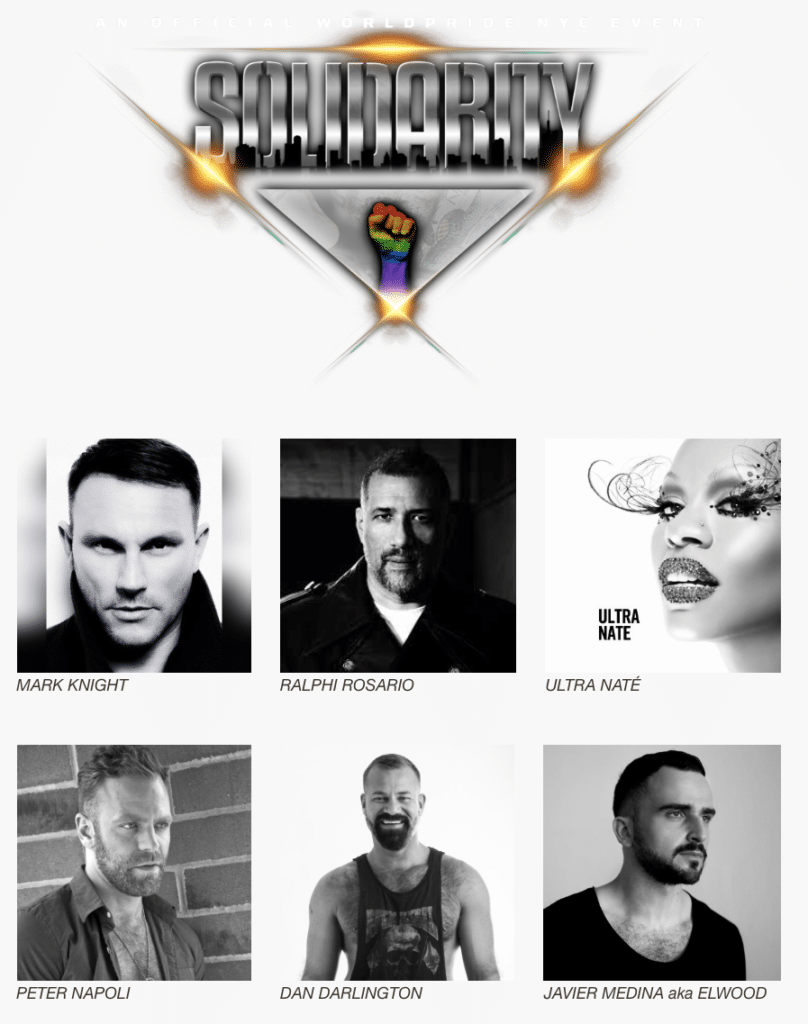 Solidarity WorldPride NYC, June 27-29
Solidarity Pride Weekend will host four major dance events with world-famous DJs (including those in photos above), each with its own vibe and location: at gritty nightspot 3 Dollar Bill (Brooklyn), at the newly-redesigned historic Webster Hall (East Village), and and at the glamorous PlayStation Theater (Times Square), with the iconic DJ Ultra Naté singing live at Brüt 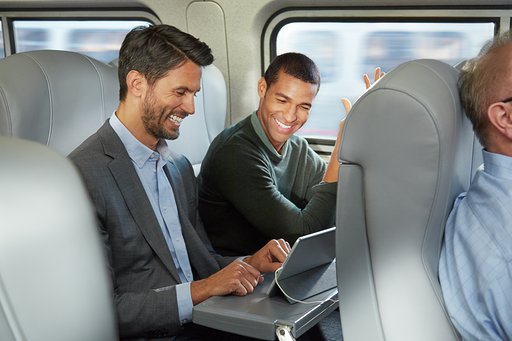 Coming to NYC from the East Coast? offers extraordinarily easy connections with the city, dropping passengers at Penn Station in Midtown NYC. Penn Station is literally walking distance to Times Square, and the terminal has connections to the major subway lines. Taking the train to New York is easy and puts you right in the middle of the action.

NYC’s airports have user-friendly services to whoosh travelers into the city, perhaps with a connection or two, and taking public transportation is often faster than getting stuck in traffic in a car.

has an absolutely fabulous service called AirTrain, which bypasses the infamous auto traffic coming in and out of the airport. Here’s what you do to get to Manhattan:

has connections via NJ Transit, but there are multiple connections, and they are easy to navigate but are best for travelers who have light luggage only. Otherwise, catch a shuttle bus to Port Authority on 42nd St. in NYC.

We, your beloved GayCities administrators, want you to take lots of fun photos. We also want you to not get lost. So keep your phone battery powered up: LinkNYC offers free phone charging stations around the city. Bring your own cable to plug in.

WorldPride NYC is a celebration! Hit the streets looking good. Find one of the cute shops in the city, from delicious leatherwear to just a cute pair of booty shorts. Wings are always a good accessory. For Pride on a budget, one of the best thrift shop chains in NYC is Housing Works, with multiple locations.