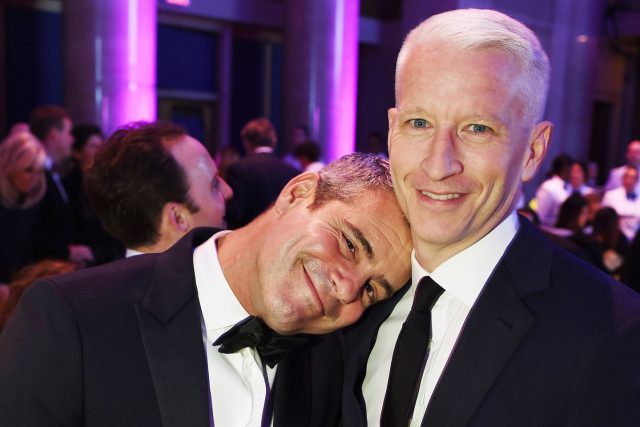 Andy [Cohen] and I were first set up on a blind date, which never happened because we had a phone call and after two minutes I said, ‘I’m not dating this guy.’He broke my cardinal rule. He mentioned my mom within the first four sentences of meeting me. If somebody does that, it’s a deal-breaker. And we’re never going on a date.”—Anderson Cooper, explaining on Wednesday night’s Watch What Happens Live exactly what happens when someone immediately brings up his mother, Gloria Vanderbilt.