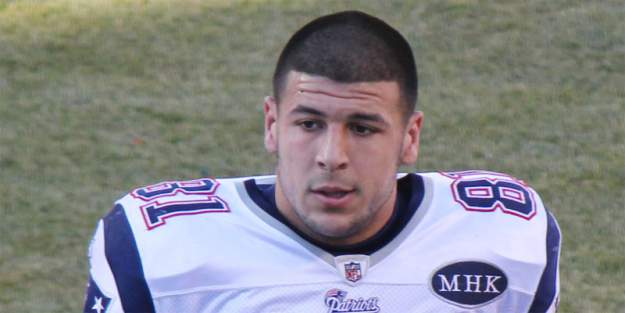 The 27-year-old was serving time after having been found guilty of the murder of Odin Lloyd in 2013.

In the aftermath of his death, scores of news stories explored possible reasons why the former New England Patriots player would take his own life.

In march of this year, a documentary titled Aaron Hernandez Uncovered on Oxygen featured his former lawyer saying, “This man was clearly gay.”

Speaking to the Boston Globe, SanSoucie says the relationship began in middle school and continued through high school.

During their time in high school, the two became a power duo on the football field with SanSoucie as quarterback and Hernandez as receiver. In their junior year of high school, SanSoucie connected with Hernandez for 67 passes for a total of 1,807 yards, a Connecticut high school record.

But SanSoucie tells the Globe that there was a completely different, secret life the two led outside of football.

SanSoucie shares that they would get high on marijuana often – before school, before football practice and before games. 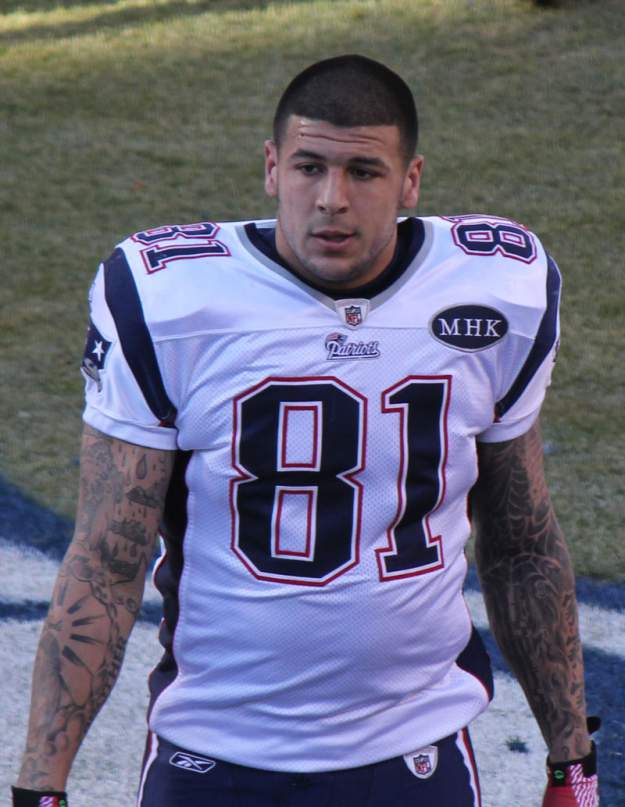 It was during this time the two began a physical relationship as well, keeping the secret between themselves.

“Me and him were very much into trying to hide what we were doing,” SanSoucie tells the Globe. “We didn’t want people to know,”

SanSoucie says that growing up in the traditional, conservative community of Bristol, the idea of being openly gay would not have played well. SanSoucie was heading into the military after graduation and Hernandez was bound for football glory.

The Globe report also indicates that anything ‘gay’ would have been extremely difficult in the Hernandez home. Hernandez’s brother Jonathan shares that their dad had been “deeply homophobic.”

One day, when young Aaron came home and announced he wanted to become a cheerleader, his father put a quick stop to that.

‘Faggot’ was used all the time in our house,” says Jonathan. “All the time. Standing. Talking. Acting. Looking. It was the furthest thing my father wanted you to even look like in our household. This was not acceptable to him.”

The Globe also reports that both Jonathan Hernandez and George Leontire (Aaron Hernandez’s former lawyer) say that Aaron had hinted at having been the victim of sexual abuse as a child. But neither identify who that person would have been.

Now out and living in Las Vegas, SanSoucie says he believes Aaron would be proud of him for coming forward now.

“I really truly feel in my heart I got the thumbs-up from him,” he said.

Aaron Hernandez’s fiancee insists he wasn’t “gay or homosexual”, declares him “very much a man”