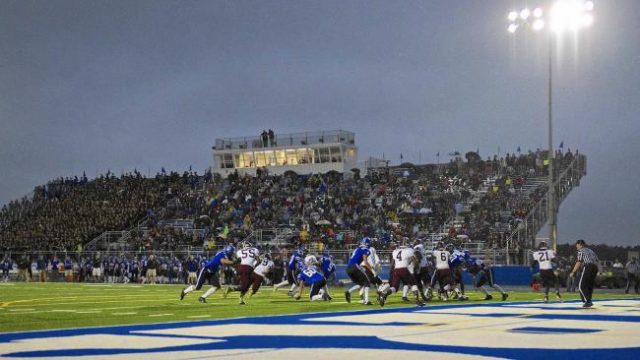 At Lake Zurich High School, northwest of Chicago, two young men have been accused of sexual abuse and acts of degradation in the suit filed by two victims.

According to reports, coaches and administrative staff ignored the abuse. Furthermore, there is speculation that the intense hazing rituals have persisted for decades.

Antonio Romanucci, a Chicago attorney representing two former members of the 2016 football team, said the hazing goes back at least 20 years and remained hidden because of ” ‘Lord of the Flies’-type tactics” that kept participants and victims quiet.

“They were brutally mocked, teased, humiliated, embarrassed and emotionally harmed, all in the name of team bonding,” Romanucci said at a Wednesday news conference.

The lawsuit adds another act to a drama that has played out since two Lake Zurich football coaches were placed on administrative leave for unstated reasons before a November playoff game.

Lake Zurich Community Unit School District 95 soon revealed it was looking into “inappropriate activity” that happened in the locker room after a football team dinner in late October. Lake Zurich police and the Lake County State’s Attorney’s office also investigated but declined to bring charges. A probe by the Illinois Department of Children and Family Services is ongoing.

Authorities have routinely refused to say what allegedly happened in the locker room, blacking out sections of police files and omitting the details from a report written by the district’s outside law firm. While the lawsuit also redacts some passages describing the alleged acts, it says one boy was hazed in the shower and the other induced to perform an unspecified act on another player.

Broadly speaking, though, the lawsuit alleges some players have urinated on other members of the team, slapped them in the face with their genitals and forced teammates to perform oral sex on each other. Debasing acts have been part of a tradition known as “(Expletive) of the Week,” in which the names of targets were written on a prominently mounted locker room whiteboard, the lawsuit claims.

“(Social) pressure and bullying at such events is so severe that even unwilling participants are forced to take part in acts that are assaultive, illegal and often sexual in nature,” according to the lawsuit.