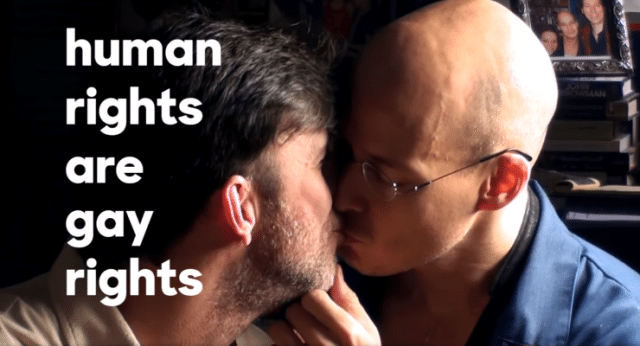 Hillary Clinton’s newest campaign ad could be considered a counter-attack on the recent anti-LGBT legislation passed in North Carolina and Mississippi.

Although the spot never directly mentions the onslaught of so-called religious freedom and “privacy” bills moving through state legislatures, it does reinforce the former Secretary of State’s long support of LGBT equality. The montage serves as a super-cut of clips from Clinton’s previous campaign speeches and policy positions on human rights and rights for LGBT people.

The video starts off with text declaring “the fight for LGBT equality is not over.”

“Some have suggested that gay rights and human rights are separate and distinct,” says Clinton in a voiceover, as images of same-sex couples embracing roll across the frame. “But in fact, they are one and the same. Being LGBT does not make you less human.”

This is not the first time the Democratic presidential front-runner has spoken out against laws that seek to validate anti-LGBT discrimination. In an April speech, Clinton directly referencedlast summer’s historic supreme court ruling that brought marriage equality to all 50 states,thanking the named plaintiff in that landmark case, Jim Obergefell.

The video ends on a hopeful note, with Clinton reaffirming her support for LGBT rights, in an excerpt from her speech given to volunteers with the Human Rights Campaign in October.

“I am running for president to stand up for the fundamental rights of LGBT Americans and all Americans. That’s a promise.”

Every Day Is Arm Day For Anderson Cooper And Andy Cohen

Nick Gayer
0
The BFFs show off their big guns on a gym date. Old pals Anderson Cooper and Andy Cohen recently hit the gym together, but somehow... 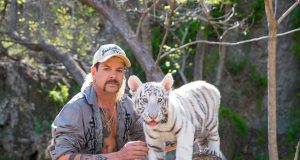 Ervin Brue
0
This is Joe Exotic, and he’s got pretty much everything going for him. He’s not cutting his hair. He’s not changing the way he dresses.... 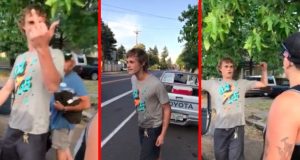 Nick Gayer
1
Video of a man shouting homophobic abuse at a lesbian couple on the street in Portland, Oregon has been making the rounds on social...