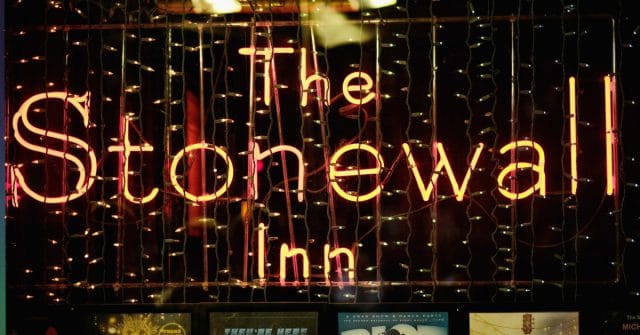 The story of the infamous Stonewall riots that sparked the modern gay-rights movement will be told in a new children’s book to commemorate the 50th anniversary of the protests.

The book, Stonewall: A Building. An Uprising. A Revolution, is written by Rob Sanders and illustrated by James Christoph.

It’s the first-ever picture book to tell the story of the Stonewall Inn.

Christoph, the book’s illustrator, said to NBC News, “As a gay artist and as someone who had my own struggles coming to terms with my identity, and valuing these type of stories that show adversity but give hope, it was personal.”

The book tells the story of the Stonewall riots by starting with the Stonewall Inn’s beginnings as a horse stable in New York’s Greenwich Village neighbourhood in the 1840s.

The famed landmark became a bakery and then a restaurant before becoming the gay bar named the Stonewall Inn.

The picture book also sets out the events of 28 June 1969, when the Stonewall riots broke out in response to police raids on the Inn, which was at that time an illegal establishment.

The Stonewall protests helped galvanise the LGBT+ community and resulted in the very first pride march, then called Christopher Street Liberation Day, that occurred in New York City one year later, on June 28 1970, according to NBC News.

In short, the organised fight for LGBT+ equality was born from the Stonewall riots.

The Gay Liberation Front was formed in the wake of the riots to protest against the social oppression of the LGBT+ community.

Michael Adams, the Executive Director of Services and Advocacy for GLBT Elders, has said that “in the early days of the modern LGBT movement, the Gay Liberation Front was one of the most visible and vocal organisations promoting equality for the LGBT community.”