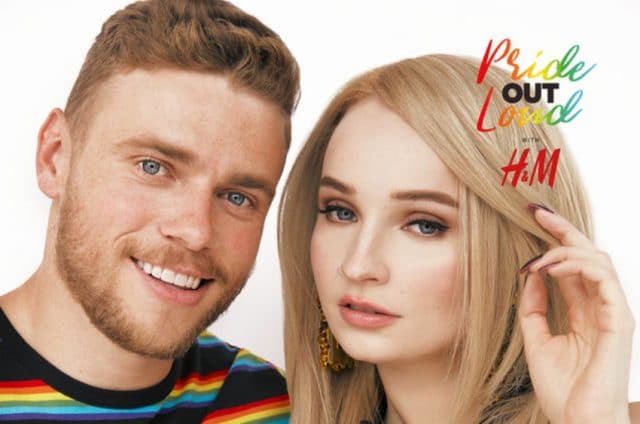 Swedish retail giant H&M has confirmed that it’s will not be available in Malaysia.

Anti-LGBTI politician from the opposition UMNO party, Fathul Bari Mat Jahya, tweeted the company asking if it would sell its ‘Love For All’ collection in Malaysian stores.

‘I want to ask @hmmalaysia. Is H&M Malaysia also involved in the LGBT campaign as featured on the ig (Instagram) of H&M (UK) and United Nations Free & Equal ig?’ he wrote on Twitter.

‘That 10 percent of sales will be donated to the UN Free & Equal movement to support the LGBT struggle? Thank you @azmanhaj.’

Abby Wee, H&M’s Singapore and Malaysia communications manager told that the Love For All tags were from last year’s campaign.

‘With multiple collections launching each season, it is up to each local market to decide on what collections to carry,’ she said.

It is not the first time an UMNO (United Malays National Organization) politician has attacked LGBTI people.

‘If we look at the situation in Malaysia, we are concerned over the incident of earthquake and tsunami in Palu, Indonesia, recently, where it is believed more than 1000 [LGBTI people] were involved in such activities,’ Hamidi said in parliament.

‘But the whole area was destroyed as part of God’s punishment.’

The recently elected new Prime Minister Anwar Ibrahim also made it clear that Malaysia would not support LGBTI rights.

‘In Malaysia, there are some things we cannot accept,’ Mahathir said in September.

‘Even though it is seen as human rights in Western countries’, he reportedly explained.