Home Gay Stars Hockey Player Brock McGillis: “I Lived A Life Of Denial, Because I... 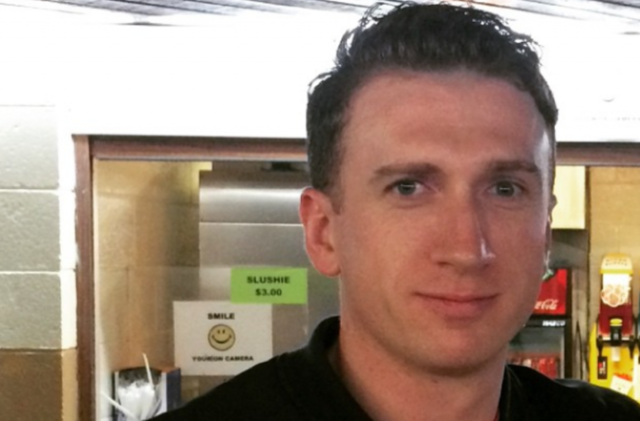 For many years, Brock McGillis lived a lie — “a life of denial, because I am gay.”

Growing up in a culture of hockey, the former OHL, CIS and semi-professional hockey player felt there was no way his peers would ever accept his sexuality.

“Hockey,” he writes in a personal story for Yahoo! Sports, “has always been homophobic.”

I can’t count the amount of times I heard phrases like: That’s gay or what a homo in the dressing room over the course of my hockey career. Words like fag, p—y, and b—h are part of the daily banter. Those words are used to belittle players, to weaken and feminize them, because hockey is hyper-masculine, meant for the manliest of men.

McGillis knew from a very young age that he was gay, and was fortunately part of an encouraging and open-minded family.

But his teammates were a different story.

Hyper-masculinity and hockey go hand-in-hand, so I had to lie to fit in with my teammates. I began dating as many girls as I could to avoid being exposed. I became a womanizer. In the OHL I had to have a girlfriend and she always had to be one everyone thought was attractive. It felt empty. I felt empty. I suppressed my sexuality to the point that I was angry at myself if I had sexual thoughts that weren’t heterosexual.

Fear of exposure led to increased depression and social anxiety. He trusted no one and felt empty inside. On the ice, he could forget his problems, but due to an increasing number of injuries, he was eventually forced to give up the sport.

When the injuries finally took their toll and my hockey career ended, it felt liberating. I could finally be free and experience life as a gay man without judgment from the hockey community. It didn’t last long….

For the last five years I have helped hundreds of players reach their goals – but I’ve done it with caution. I never divulged my sexuality to any of the athletes I’ve worked with and was always quick to shut down any homophobic language used in my presence. Eventually I noticed a change: when a player said something like, “That’s gay,” they would quickly apologize.

Although he’s experienced a fair share of backlash since coming out — and has even been blackballed from several teams — he doesn’t regret his decision.

People – who were once considered friends – no longer speak to me. It has been challenging being one of the first out people in this hockey community, but that has made the reward even greater. Since coming out in my community, the rewards greatly outweigh the negativity. Being able to help players get to the OHL or NCAA and work with others to realize their dreams is incredible….

You can check out McGillis’ story — worth reading in its entirety — here.