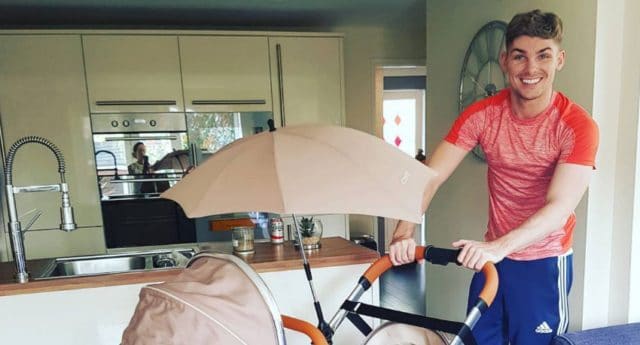 Hollyoaks star Kieron Richardson and his husband Carl Hyland have welcomed a set of twins to their family. 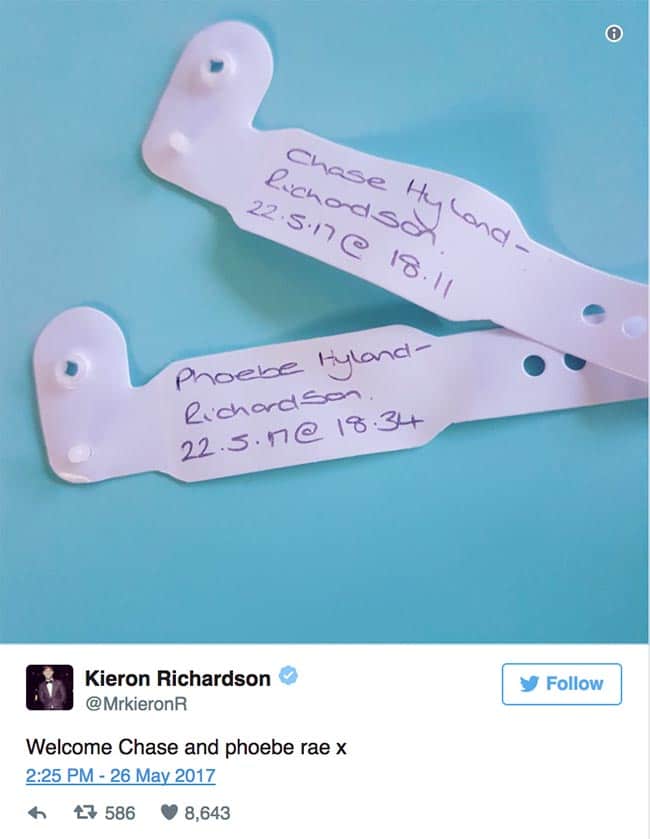 The post also included a picture of their baby’s hospital bracelets which showed that they were born in the evening on Monday (May 22).

The two babies were conceived through IVF.

The couple announced the news on Friday and were met with congratulations from fans.

Lauren McQueen also sent their best wishes to the couple.

The couple, who got married in 2015, announced that they were having twins on Christmas last year on Instagram.

At the time, Richardson explained that the pair were overjoyed that they were having twins.

“We wanted to wait to see whether we needed to buy pink or blue, but now we know we can buy both colours, as we’re having our very own Prince and Princess,” he said.

The actor, who plays the gay character Set Hay in the British soap, spoke about his worries over having IVF treatment ahead of the birth of the twins.

“It doesn’t work every time. You can put the eggs and the embryos in, and you think it’s going to stick and the body will just reject it.

“It’s not as easy as people think. Although there’s a 60 percent success rate so it’s still pretty high,” he explained.

The couple has been together for nine years now.

When they got married, Richardson told the Daily Star: “We want to do what everyone has been doing all these years – because finally we’re allowed to say those vows.

“But that really is the only traditional thing we are doing.”