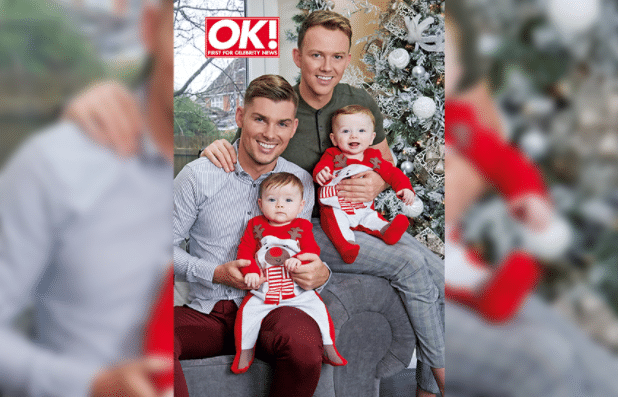 Kieron Richardson and his husband Carl Hyland have showed off their beautiful children for the first time in a new shoot and interview with OK! magazine.

The Hollyoaks star welcomed twins Chase and Phoebe-Rae via surrogate in May this year.

Speaking about the birth, the Hollyoaks actor said: ‘We obviously had our surrogate there and her husband, and how do you say thank you to someone who has just grown two babies for you?

‘It’s a surreal experience – you want to hug them, kiss them and say thank you so much, but even that’s not enough.’ 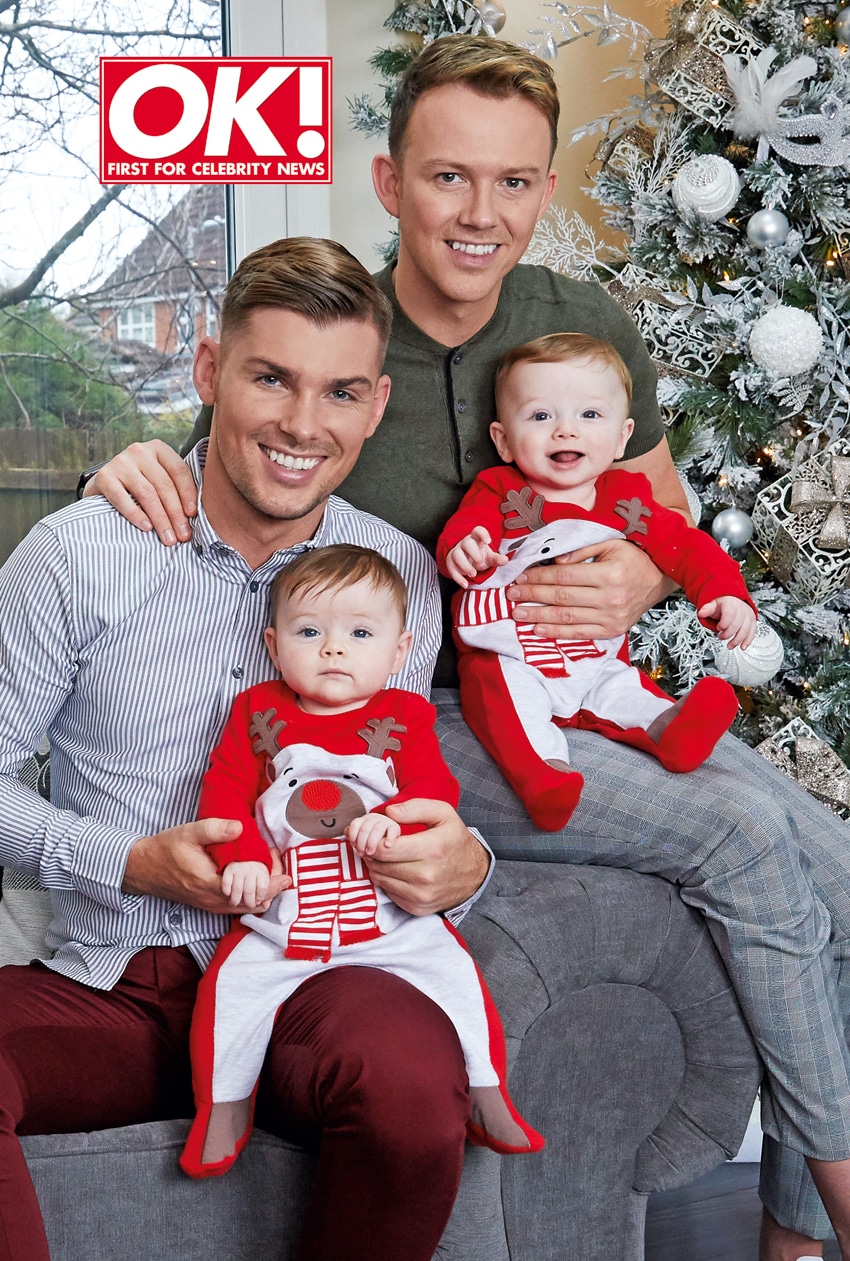 ‘We’d definitely like to have at least one more baby’

He furthermore added: ‘We don’t give the babies a cot on a particular side of the bed. We swap them each night so the baby doesn’t get used to a certain daddy.’

The actor also revealed plans to extend the family. ‘We’d definitely like to have at least one more baby,’ he said.

Speaking about the realities of parenting, he added: ‘We’ve been to places where the changing facilities were only in the ladies’ toilets and they get a bit freaked out about what to do in that situation. But if it’s any dad out with their baby, the baby is still going to need changing at some point.’ 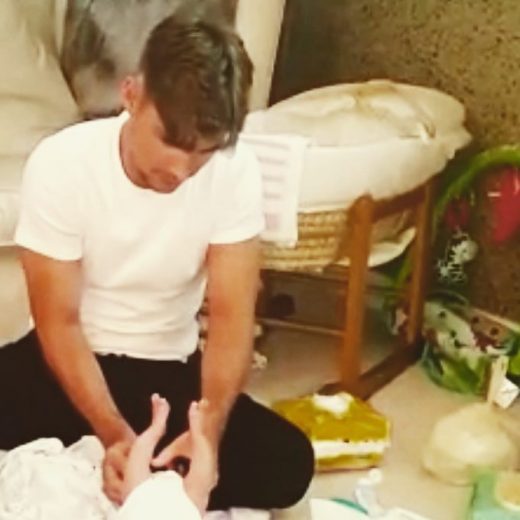 Earlier this year, Kieron offered a sneak peak of one of the newborn twins when he shared a picture of himself kneeling beside a moses basket with just a tiny pair of legs coming into the shot.

‘It’s all quite complicated’

Speaking to Gay Star News last year, Kieron admitted his journey to fatherhood had been ‘complicated’.

‘We’ve been trying since July [2015] and we haven’t been successful yet,’ he told us. ‘We’re trying all the time so we’re hoping it’s going to happen one day soon.’

He furthermore added: ‘We’re with the British Surrogacy Centre. They asked what kind of surrogate we would like, they match you with other people, we choose, then they have to choose us, then you have to find egg donors. It’s all quite complicated and you have to go through lots of counselling and lots of effort.’